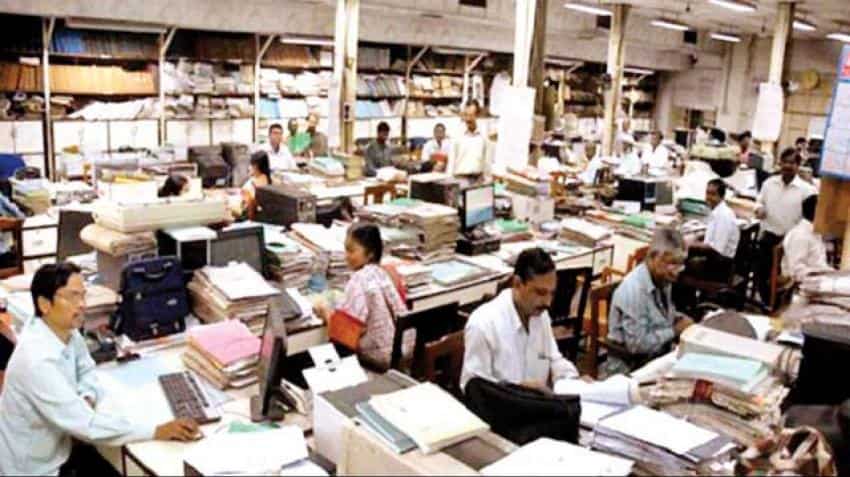 The Central government staff will reportedly get hiked salary beyond the recommendation of the 7th Pay Commission from April 1.

Last year in June, the Union Cabinet had approved recommendations of the CPC with 34 modifications which would reportedly put an additional annual burden of Rs 30,748 crore on the exchequer.

All the allowances are given effect from July 1, 2017.

As many as one crore central employees would get benefit from this recommendation. Of the 47 lakh central government employees, 53 lakh are pensioners.

Key highlights of the recommendations:

The minimum pay of a newly recruited government employee at entry level is increased from Rs 7,000 to Rs 18,000 per month. For a newly appointed class I officer, the minimum salary has been increased to Rs 56,100 per month.

The pay panel has also recommended to increase the maximum pay for government employees to Rs 2.25 lakh per month for top scale that includes Cabinet Secretary and others working at the same level.

The commission has also recommended a new pay matrix. Once the pay panel recommendations are implemented, the status of a government employee will not be decided by grade pay, but by the level in the new pay matrix.

The new pay structure included all existing levels and has not introduced any new levels.

As per the recommendations, all employees would be entitled to get full pay and allowances if they are hospitalised due to WRIIL-Work Related Illness and Injury Leave.

The commission has recommended a uniform fitment factor to eliminate partiality and discrimination in the system.

The panel has also suggested to retain the annual increment of 3% p.a.

For improving the quality of services, the panel has recommended to focus on individual performance. The performance benchmarks of Modified Assured Career Progression (MACP) has been altered and made stricter.

The panel report also recommends that no annual increments should be given to employees who do not meet their performance level. Besides, no promotions will be given if MACP is low for the first 20 years in service.