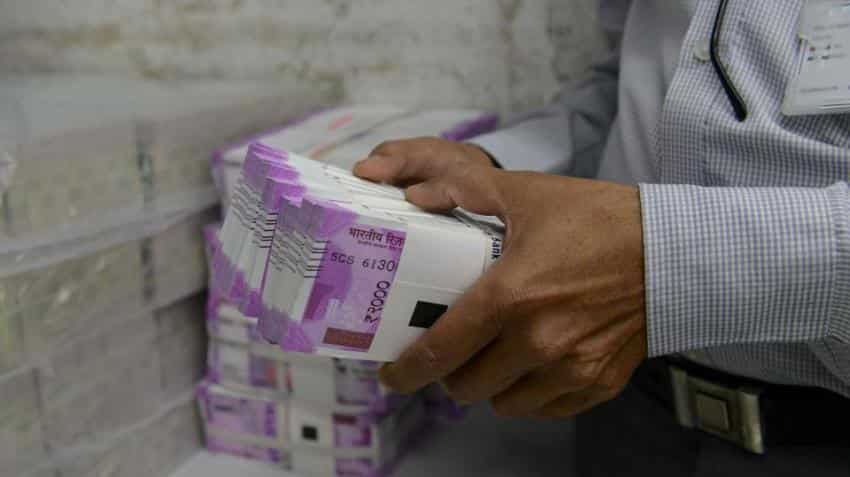 The government is mulling to implement the recommendations from the month of April. Representational photo: Image source: Reuters
Written By: ZeeBiz WebTeam

Lower-level Central government employees are likely to have their salary hike, effective from April 1, 2018, as per Union Finance Minister Arun Jaitley's announcement made in Parliament.

The employees, however, are not confident as rumours mills are on that the government might implement the new salary from April 2018, but it is in no mood to give arrears.

Financial advisors to the government have reportedly expressed that arrears on higher minimum pay will bring an extra burden to the exchequer.

Meanwehile, citing a senior Finance Ministry official, a report in The Sen Times said that relief measures of hiking minimum pay and fitment factor for lower-level employees, assured by the Finance Ministry, would be approved in April.

The official was further quoted as saying, “The employees, who get salaries from pay matrix level 1 to 5 will get a salary increase with fitment factor 3.00 times instead of 2.57 times of basic pay of 6th pay commission. Accordingly, minimum pay will be hiked up to Rs 21,000.”

Further, the official said that the government is mulling to implement the recommendations from the month of April, ignoring the DoPT letter on October 30.

It may be noted that 7th pay panel had recommended a hike of 14.27 percent in the basic pay, with a fitment factor of 2.57 times of basic pay of 6th pay commission uniformly to replace the 6th pay commission pay scales. The government already gave its nod for the same on June 29, 2016.

The central government employees unions, however, are demanding hike in fitment factor to 3.68 and minimum pay above the current Rs 18,000 to Rs 26,000.

The government had formed the National Anomaly Committee (NAC) in September 2016 to resolve pay anomalies, following the demands of Central government employees unions.

Meanwhile, a government employee reacted to a news channel saying, "If the government increases the fitment factor 3 times, the problems will continue to hunt us; 3.68 times fitment factor hike from the existing 2.57 times can only work for us."

“We don’t have any faith on this government. You would have noticed, all the policies introduced by the Modi government are anti-employees. The government has failed us. But hopes are still there,” another employee added.