7th pay commission calculator: Do you fall under basic pay scale of Rs 18k to below Rs 21k? This is how much your 7th CPC salary will be

7th pay commission calculator: A new pay matrix was approved under 7th CPC, which is very simple and easily comprehensible and quite transparent. 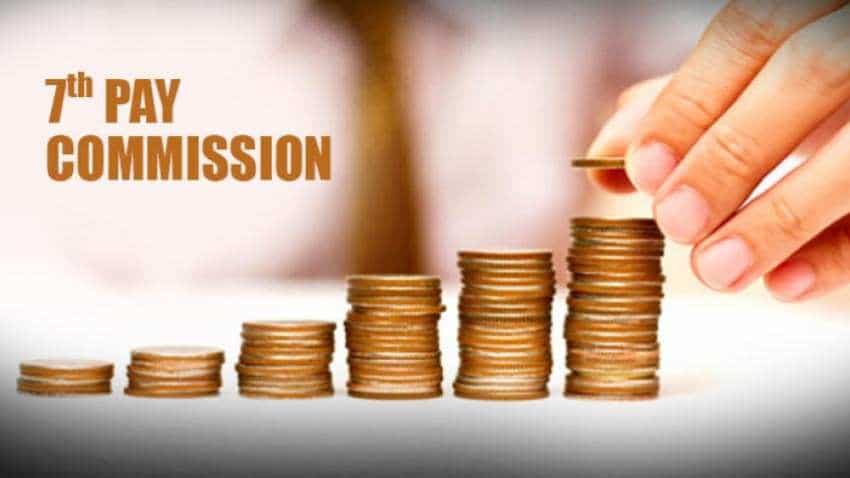 A new 7th pay commission pay matrix was approved under 7th CPC, which is very simple and easily comprehensible and also quite transparent.  While the pay scale for current serving employees saw a maximum increase of 16% in their salaries, interestingly, it is pensioners that gained the most as their income was hiked by 23.63%.

Biggest rise in 7th CPC are the allowances, which have been increased massively by 63%.

Minimum pay under 7th CPC is recommended at Rs 18,000 per month, whereas maximum pay stands at Rs 2.25 lakh per month. The Rs 2.25 lakh pay scale is given to Cabinet Secretary and others presently at the same pay level.

A 7th pay commission fitment factor has been levied at 2.57 times uniformly for all government employees. Further, the rate of annual increment is kept at 3%.

There was also enhancement made in the ceiling of gratuity from the existing Rs 10 lakh to Rs 20 lakh. The ceiling on gratuity may be raised by 25% whenever DA rises by 50%.'

Dearness Allowances (DA) has also been raised by 2% this year. Now it stands at 9% from previous 7% and is in effect from July 2018.

Meanwhile, travelling allowances are of two types namely A/A1 cities and other cities.

In the midst of it all, it is very important to understand how 7th CPC salary is calculated. Those who fall under pay band of level 1 which has a grade pay of 18000 and earn basic pay between Rs 18,000 to below Rs 21,000, then this is how much your 7th Pay salary should come around. Remember HRA is calculated as per the population in a city.

The above mentioned basic pay is decided by government matrix to calculate 7th Pay Salary for level 1 employees.