7th Pay Commission: Basic pay of these workers shoot up after government nod

7th Pay Commission: Notably, their pay has been raised, but only after they went on a protest that caused mail across the country not to be delivered in far flung areas. 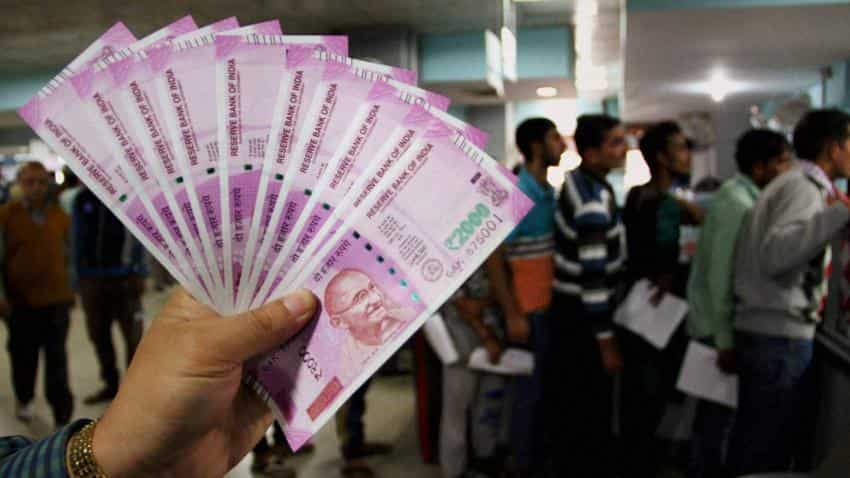 7th Pay Commission: Even as the central government employees are making demands for their salaries to be raised according to an amount higher than the one recommended  by the panel recommendations, some positive news has come for these other workers. Notably, their pay has been raised, but only after they went on a protest that caused mail across the country not to be delivered in far flung areas. Cabinet has cleared hike in basic pay of Gramin Dak Sevaks by over 3 times up to Rs 14,500. The minimum wage of Gramin Dak Sevaks has been increased to Rs 10,000 per month and maximum to Rs 35,480 per month. This will have retrospective effect from January 1, 2016. Arrears will be paid in one instalment. As many as 2.6 lakh GDS work in 1.3 lakh rural post offices in shifts of 3 hours, 3.5 hours, 4 hours, 4.5 hours and 5 hours. They retire at the age of 65 years. Gramin dak sevaks have been on strike for the last few days over their demands for removal of pay anomaly that crept in when 7th Pay Commission benefits were granted to other postal dept employees but not to them as they are not considered government employees.

Gramin Dak Sevaks salaries will be hiked in this manner:

According to Telecom Minister Manoj Sinha this was cleared at a Cabinet meeting chaired by PM Narendra Modi.

The other details aboout the basic pay changes:

Salaries may have been hiked by over three-fold, but there is around 56 per cent average increase of total wages.

Dearness allowance of 7 per cent will be paid on the basic pay as per 7th Pay Commission instead of 142 per cent paid at present.

Compensatory appointment will also be allowed for dependents of GDS.

An annual hike of 3 per cent has also been provided. This will be provided every year either on January 1 or July 1.

A new allowance has been introduced in the name of risk and hardship allowance for them.

The risk and hardship allowance of Rs 500 per month will be paid to GDS.

While this is good news for GDS, the central government employees are demanding their salaries be hiked by a fitment factor formula of 3.68 times that would boost the lowest salaries to Rs 26,000. However, till now the Centre has turned a blind eye to their demands. But as far as GDS are concerned their willingness to take things in their hands and go on a strike has paid off rich dividends.