739 cities to be ‘Open Defecation Free’ this fiscal 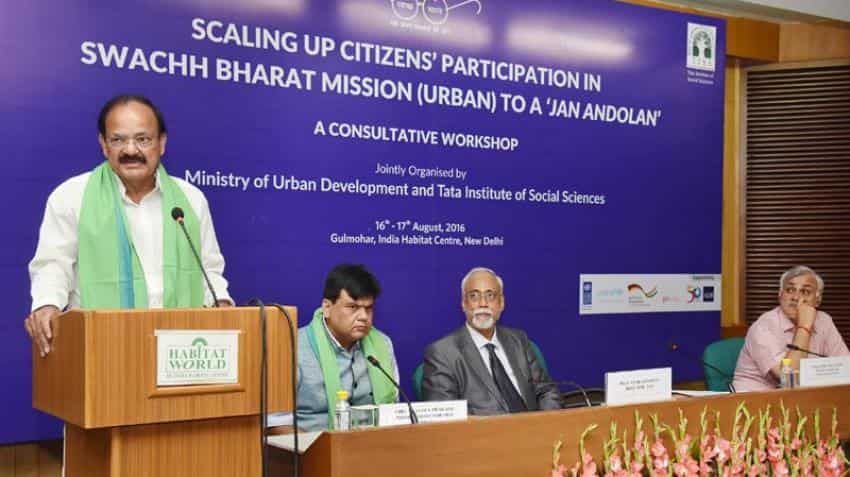 Is your town becoming a 'smart city'? Find out

Ministry of Urban Development stated on Tuesday that 739 cities in India will have the Open Defecation Free (ODF) status by the end of this fiscal year.

Only 122 cities have achieved ODF status so far.

Union Minister for urban development, Venkaiah Naidu said, “Andhra Pradesh, Gujarat and Kerala have committed to be 100% ODF by March 2017.”

The department has engaged up to 20,000 ‘swachhagrahis’ as a part of Swachh Survekshan and other initiatives to motivate communities to stop open defecation.

PR and social media campaigns are being run continuously to engage with citizens to trigger and sustain their motivation to participate in cleanliness drives.

The Minister said that, along with these initiatives, the creation of infrastructure is also important, be it construction of individual and community / public toilets, facilitate waste processing into value-added products, setting up technology-enabled collection and transportation systems for solid waste, setting up waste-to-compost and waste-to-energy plants for waste processing.

The Cabinet has also introduced a series of policy interventions to promote the processing of waste.

“To encourage production of city compost from solid waste, it has now been made mandatory for fertilizer companies in states to purchase the compost produced by city compost manufacturers,” Naidu said in a statement.

The Swachh Bharat Mission has reported 11.9% increase in toilets with 75,072 villages that were self-declared as ODF.

Is your town becoming a 'smart city'? Find out