He was briefed about the software system being developed for GST, training of tax officials and outreach program being undertaken by Tax Departments across the nation. 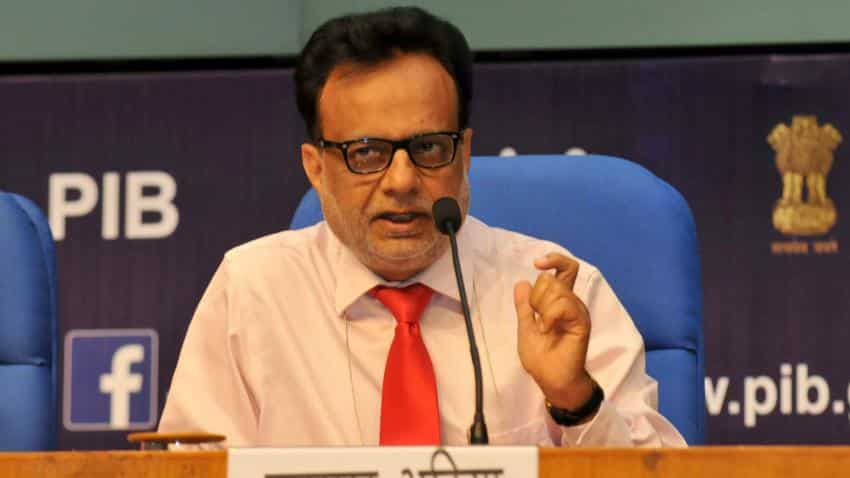 Adhia reviewed the progress on enrollment of existing taxpayers. As on 30th April 2017, when Phase-1 of enrollment was closed, 60.5 lakh taxpayers out of 84 lakh had enrolled. The enrollment window will be re-opened for 15 days from 1st June,2017 to give another opportunity to taxpayers to enroll.

Ahead of July deadline, Adhia also reviewed IT Preparedness for GST System at the Goods and Services Tax Network (GSTN) office and Central Board of Excise and Customs (CBEC).

ALSO READ: Should you voluntarily register For GST?

He was briefed about the software system being developed for GST, training of tax officials and outreach program being undertaken by Tax Departments across the nation.

As per the Ministry, out of 62,937 tax officials, 24,668 tax officials have been given hands-on training on the application software on live system while the remaining officials will be trained by 15 June, 2017. The training is being conducted on Registration, Returns and Payment Modules developed by GSTN.

ALSO READ: Looking to register for GST? We outline the steps

Further, GSTN has been conducting a pilot on GST System Software from 2nd May to 16th May, 2017, where 3200 taxpayers drawn from each State/UT and Centre has been participating.

"The pilot covers all the three modules and is being run to give the taxpayers first hand opportunity to work on the live system as the creation of return has become an interactive process," the Ministry added.