5G services: Govt harmonising spectrum for early adopter of the next generation tech 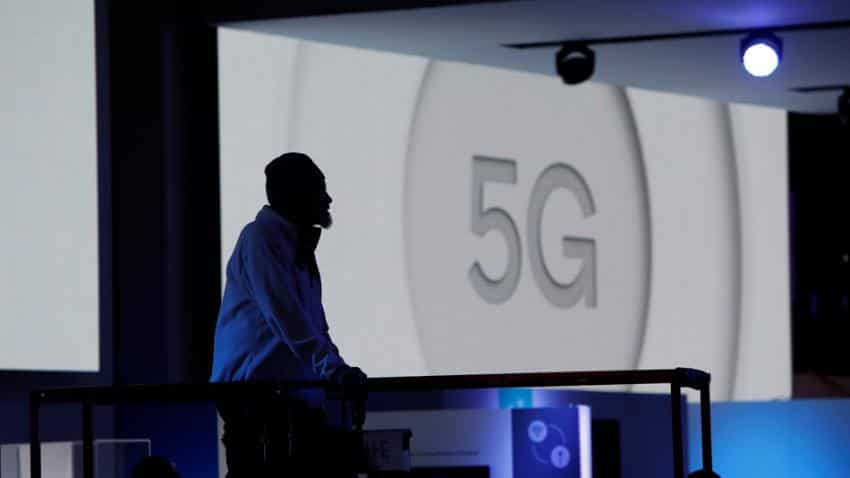 The government has started tuning spectrum for 5G services as part of its roadmap to become early adopter of the next generation services, which is expected to provide download speed over 1,000 megabit per second on mobile devices. "On spectrum we are already more or less aligned with global position in 5G. Those bands we are harmonising in line with global community," Telecom secretary Aruna Sundararajan told PTI here in an interview.

She was here to attend global telecom event Mobile World Congress and held the meeting with key players in the sector, including Bharti Airtel, Vodafone, Nokia, Ericsson, Huawei, Qualcomm, Mediatek, NTT, Intel etc. The Department of Telecom has started harmonising spectrum in 3,500 megahertz band and 26 Gigahertz band along with E and V band, she said.
At present 4G services are provided in spectrum band below 2,600 Mhz. With increase in frequency band count, the signal coverage area reduces, but as per technology trend, speed of transmitting data has been increasing.

The government has already harmonised spectrum in 700 MHz band which can be used for 5G services. Telecom players are running trials to use 5G in automated cars, robotic surgery from remote locations, education etc.
Telecom Minister Manoj Sinha has asked technology companies to look for using 5G services in agriculture sector as well, she said.

"All the players are positioning themselves for India as a big 5G market. One of the leading chipset company in a meeting told us that India will have one of the biggest IoT (Internet of things) user base and the company is keen to partner with C-DoT for developing various IoT solutions. India is a forerunner and will be an early adopter of 5G," she said. According to Bharti Airtel Chairman Sunil Bharti Mittal, 5G services in India will start once standards for the technology will be freezed by global telecom body International Telecommunications Union next year.

Sundararajan said before finalisation of standards telecom gear makers -- Huawei, Ericsson, Nokia, ZTE , NTT and Samsung have started deepening their work on 5G in India. "Ericsson has plans to scale up manufacturing facility. They are also going to set up 5G test bed in IIT Delhi. Huawei is going to set up their test lab for 5G," she said.

She also said 5G is like steam engine and it will drive everything. "Another significant message that came out here was that a lot of Indian software companies are behind of lot of the technologies in 5G. The corresponding software has to be made. Indian companies are developing software for that.
Already C-DoT has developed standard M2M platform," she said.

When asked about timing for spectrum auction, she said that the government will decide on it only after the Telecom Regulatory Authority of India submits recommendations to the government.