50 cities on offer in 10th city gas licensing round

Oil regulator PNGRB Thursday put up for bidding 50 cities including Gwalior in Madhya Pradesh, Mysore in Karnataka, Ajmer in Rajasthan and Howrah in West Bengal for grant of licence to retail CNG and piped natural gas. 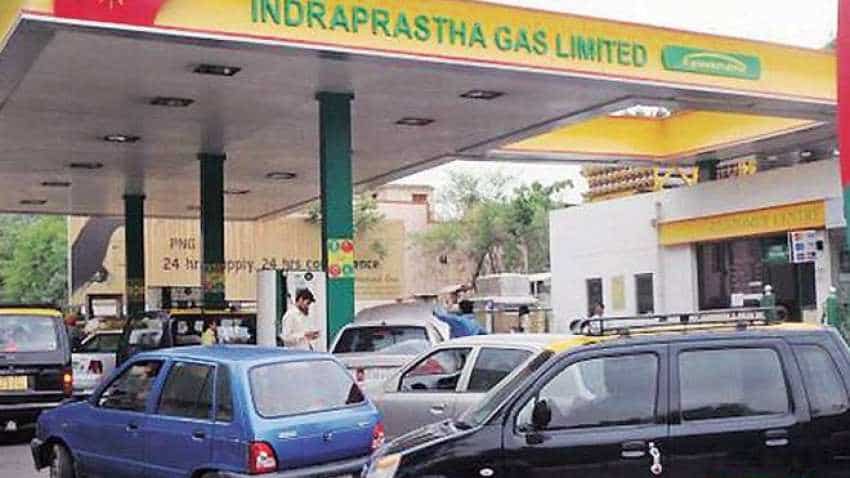 The government is targeting raising share of natural gas in the primary energy basket to 15 per cent from current 6.2 per cent, in the next few years. Image courtesy: Reuters

New Delhi: Oil regulator PNGRB Thursday put up for bidding 50 cities including Gwalior in Madhya Pradesh, Mysore in Karnataka, Ajmer in Rajasthan and Howrah in West Bengal for grant of licence to retail CNG and piped natural gas.

The Petroleum and Natural Gas Regulatory Board (PNGRB) offered 50 geographical areas (GA), carved out by clubbing adjoining districts in 12 states, in the 10th round of bidding for city gas licences. Bids are due by February 5, according to PNGRB.

Bidders have been asked to quote the number of CNG stations to be set up and the number of domestic cooking gas connections to be given in the first eight years of operation. Also, they have to quote the length of pipeline to be laid in the GA and the tariff proposed for city gas and compressed natural gas (CNG), according to PNGRB.

The bid round comes within months of the close of the 9th round, which was the biggest ever city gas distribution licensing round where 86 permits for selling CNG and piped cooking in 174 districts in 22 states and union territories were offered.

The government is targeting raising share of natural gas in the primary energy basket to 15 per cent from current 6.2 per cent, in the next few years and the bid rounds are aimed at fulfilling that objective.

Cities on offer in the 10th round include Nellore in Andhra Pradesh, Muzaffarpur in Bihar, Kaithal in Haryana, Mysore and Gulbarga in Karnataka, Allapuza and Kollam in Kerala, Ujjain, Gwalior and Morena in Madhya Pradesh, Jhansi and Basti in Uttar Pradesh, Firozpur and Hoshiarpur in Punjab, Ajmer and Jalor in Rajasthan, Nainital in Uttarakhand and Darjeeling and Howrah in West Bengal.

The net worth eligibility goes down with population, with a Rs 5 crore net worth firm being eligible to bid for GAs that have less than 10 lakh population.

PNGRB said any entity with security CGD licence would have to enter into a firm natural gas supply agreement with a natural gas producer or marketer in a transparent manner on the principle of 'at an arm's length' within 180 days of winning a licence.

The authorised entity has to achieve financial closure within 270 days from the date of grant of licence. The winning company would have 8 years of marketing exclusivity in the given city. Licences given prior to 9th round provide for 5 years of exclusivity.

Adani Gas won rights to retail CNG to automobiles and piped cooking gas to households and industries in 13 cities on its own and another nine in a joint venture with IOC.

Prior to the 9th round, 91 GAs were awarded to firms like Indraprastha Gas and GAIL Gas, which are serving 240 million population, 42 lakh domestic consumers and 31 lakh CNG vehicles. Of these, 56 GAs were awarded through bidding rounds and the rest on government nomination.

CNG, cooking gas to get expensive from April 1 by 10 pct with natural gas price hike

After Delhi, CNG and PNG to cost less in Mumbai from today