With cotton textiles attracting a 5% GST rate and man-made yard at 18%, the textile industry have expressed content over the rates prior to GST rollout. Industry experts have said that this would lead to a revenue generation of Rs 11,000 crore. 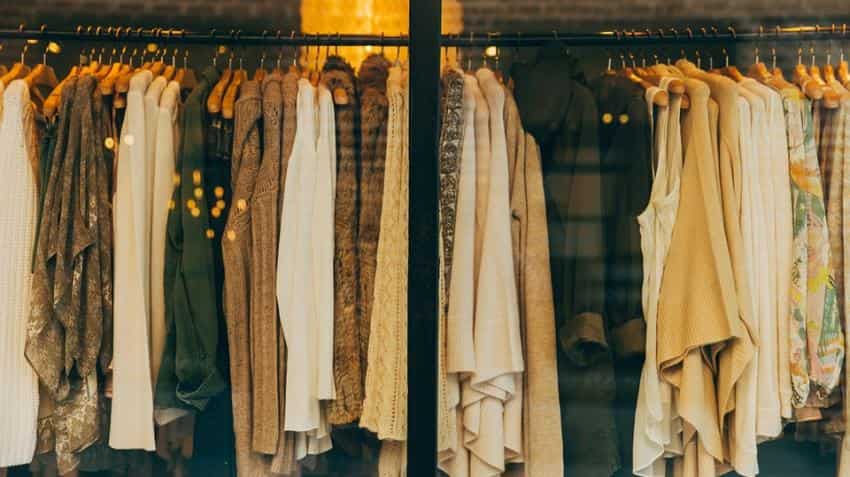 The value chain of the textile industry will benefit from the GST rates with natural yarn taxed at 5%, man-made yarn taxed at 18%, readymade garments at 12% and no tax on jute. (Representational Image). Image Source: Pixabay
Written By: ZeeBiz WebTeam
RELATED NEWS

The textile industry has expressed content over the GST rates claiming that it will benefit the entire value chain.

Cotton textiles have been placed in the 5% GST bracket while man-made yarn will be taxed at 18%, the GST Council said in its 15th meet on Saturday.

“A 5% GST would generate revenues to the tune of Rs 11,000 crores, a three-fold increase over current revenues from the sector,” a release by Future Retail Group on May 31 said.

The report gathered views of textile industry veterans who said, “A low uniform GST rate would also encourage voluntary compliance and get rid of all competitive distortions arising out of the current differential tax regime.”

The value chain of the textile industry will benefit from the GST rates with natural yarn taxed at 5%, man-made yarn taxed at 18%, readymade garments at 12% and no tax on jute.

“The GST provides a historic opportunity for simplifying the tax structure and promoting fibre neutrality, innovation, technology development and productive efficiency in the sector. It can play a central role in accelerating growth in the domestic market, thereby enabling India to become a significant player in the international markets,” Rakesh Biyani, Joint Managing Director, Future Retail said.

Industry experts are of the opinion that the GST rates on textiles are very progressive and will lead to the growth of the entire value chain.

“The textile and apparel sector plays a critical role in the Indian economy. Next to food, it is the single largest component of the consumer basket.  Its share of GDP and exports are 6% and 13% respectively,” Future Retail report said.

Textile sector is the second largest employer after agriculture in India, the report added. Till now the sector has been governed by unorganised and small players who benefit from the exemption of central excise.

“The sector is characterised by small and inefficient manufacturing, arising out of the exemption from the central excise for those Rs 1.5 crores of turnover,” Future Retail report said.

"We hope that Government will take care of this segment's interest by continuing rebate on state levies and draw back rates," PTI quoted Apparel Export Promotion Council Chairman Ashok G Rajani in a report.