Rajan wrote a letter to his RBI staff giving all reasons for not taking the second term. 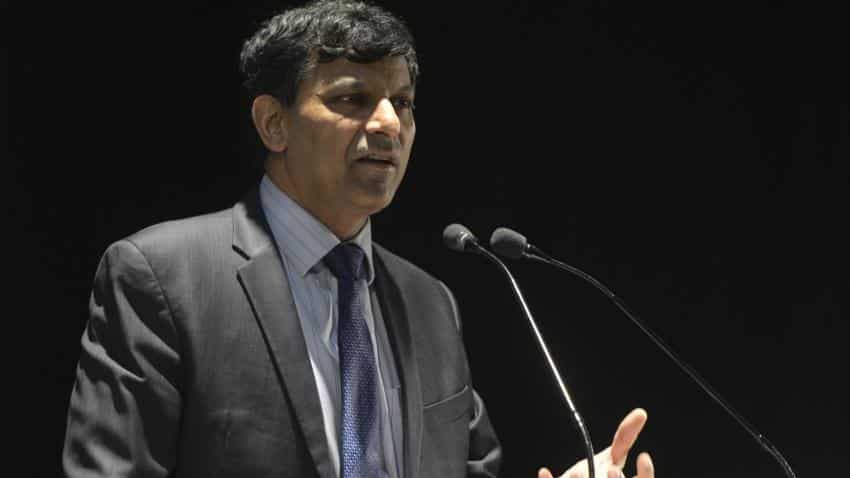 Raghuram Rajan, Governor of Reserve Bank of India, on Saturday said no to second term as post, in a surprise announcement putting at rest all speculation over his continuance.

Popular for his "surprises", Rajan has once again gave a "shock" to the banking space before leaving. His tenure will end on September 4.

Rajan wrote a letter to his RBI staff giving all reasons for not taking the second term. In his message, he reflected on his three years at the helm of the central bank, tracing the journey from taking over the governorship in 2013 under difficult circumstances when the country was in "Fragile Five" with high inflation and intense pressure on the rupee.

"At that time, the currency was plunging daily, inflation was high, and growth was weak. India was then deemed one of the 'Fragile Five'," he said and quoted from his opening statement which spoke of opening a special deposit window from the diaspora to tide over the crisis.

After the collapse of global bank, Lehman Brothers in September 2008, the financial sector was bleeding.

To avoid the same in India, RBI took various steps to support banking sector and highlighted on reducing asset stress in the banks.

According to a Indiatimes report, before this bi-monthly policy meet, Rajan had said that he would make sure that India does not have its own Lehman Brothers moment.

Here are the five steps of RBI under Rajan:

Asset quality review: Rajan last year undertook a massive overhaul of banks' stressed ‎assets, asking each bank to provision for all assets which could potentially sour by March 2016.

For this, Rajan had set a deadline of March 2017 for them to clean up the bad loans on their balance sheets.

This asset quality review not only forced banks to provide massive capital for such loans, but also led to quarterly losses in March for several state-run banks.

The latest guidelines, which were announced this week, aimed at helping some troubled borrowers restructure and turn around quickly, by easing the interest burden on them, and in turn also speed up the asset recovery process for banks.

Indradhanush: The government last year announced a revamp plan, 'Indradhanush', to infuse Rs 70,000 crore in state-owned banks over four years, while they will have to raise a further Rs 1.1 lakh crore from the markets to meet their capital requirements in line with global risk norms Basel III.

Marginal Cost of funds: MCLR was the new lending regime which was set up by RBI to faster the monetary policy rates transmission from banks to borrowers. Till March 31, banks used base rate as the benchmark to lend, but from April 1, MCLR was the new benchmark for new borrowers.

RBI had said, "Apart from helping improve the transmission of policy rates into the lending rates of banks, these measures are expected to improve transparency in the methodology followed by banks for determining interest rates on advances".

RBI had asked banks to move to the new lending rate regime to ensure they pass on the benefits of RBI's rate cuts to their customers at a faster pace.

RBI in a press release mentioned that the S4A envisages determination of the sustainable debt level for a stressed borrower, and bifurcation of the outstanding debt into sustainable debt and equity/quasi-equity instruments which are expected to provide upside to the lenders when the borrower turns around.

In order to make sure that that the entire exercise is carried out in a transparent and prudent manner, S4A envisages that the resolution plan will be prepared by credible professional agencies, while an Overseeing Committee, set up by the Indian Banks Association, in consultation with the RBI, comprising of eminent experts will independently review the processes involved in preparation of the resolution plan, under the S4A, for reasonableness and adherence to the provisions of these guidelines, and opine on it.

According to a Reuters report, Indian banks are grappling with about $120 billion in stressed loans, or 11.5% of the total.

The RBI said the eased restrictions will only be on loans of over 5 billion Indian rupees ($74 million) from a single bank or a syndicate, and in only those instances where a borrower has its project already in commercial operation.