-The panel also decided to continue keeping petrol and diesel out of the GST purview as subsuming the current excise duty and VAT into one national rate would impact revenues. 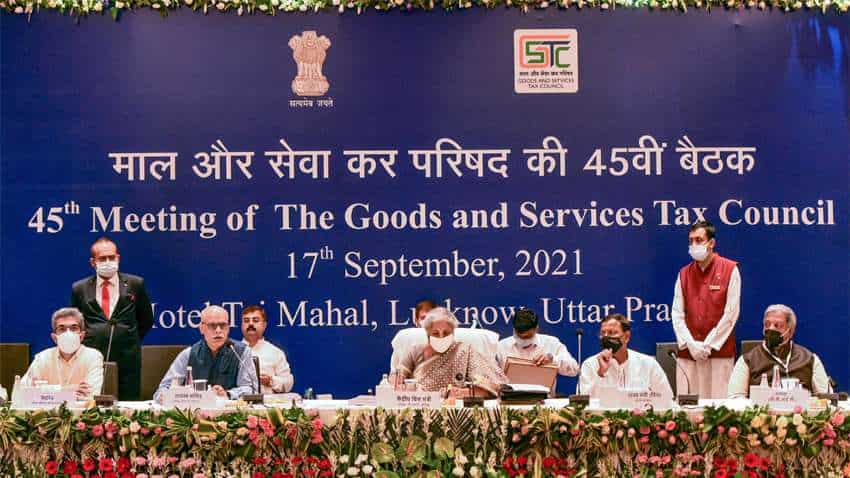 In a major development, the GST Council on Friday extended concessional tax rates on COVID-19 medicines, cut tax on cancer drugs and waived GST on import of highly expensive medicines for muscular atrophy, but will continue to keep petrol and diesel out of the uniform national tax regime.

The Council, which is headed by the union finance minister and includes representatives from all states and UTs, decided to charge services by cloud kitchens and food delivery platforms like Zomato and Swiggy a 5 per cent GST.

From January 1, food delivery apps will have to collect and deposit 5 per cent GST with the government, in place of restaurants, for deliveries made by them. There would be no extra tax burden on the end consumer.

"Food delivery operators like Swiggy who collect orders from restaurants and deliver (to customers)... The place where the food is delivered will be the point on which tax will be collected by the gig groups Swiggy and others," Union Finance Minister Nirmala Sitharaman said.

Revenue Secretary Tarun Bajaj added, "There is no extra tax, there is no new tax."

-In other major decisions, the regime of paying compensation to states for revenue shortfall resulting from subsuming their taxes such as VAT in the uniform national tax GST, will end in June next year.

-However, the cess which is currently levied on top of the GST rate on certain luxury and sin goods to fund the compensation amount for states will continue to be levied till March 2026. The collections will be used to pay off the borrowings that had to be done since 2020-21 to pay for state compensation.

-Briefing reporters on the decisions taken by the Council at its meeting, Sitharaman said COVID medicines such as Remdesivir and Tocilizumab will continue to be charged a concessional GST rate till December 31.

-More COVID-19 treatment drugs such as Favipiravir will be charged a reduced rate of 5 per cent till December 31, she said.

-However, the concessional tax for medical equipment will end on September 30.

-The panel also decided to continue keeping petrol and diesel out of the GST purview as subsuming the current excise duty and VAT into one national rate would impact revenues.

-Including petrol and diesel under GST would have resulted in a reduction in near record-high rates.
Sitharaman said the Council discussed the issue only because the Kerala High Court had asked it to do so but felt it was not the right time to include petroleum products under GST.

-"It will be reported to the High Court of Kerala that it was discussed and the GST Council felt that it wasn't the time to bring the petroleum products into the GST," she said.

-GST on import of muscular atrophy drugs like Zolgensma and Viltepso, which cost crores of rupees, has been exempt, she said.

-The medicine Keytruda, used for the treatment of cancer, will now attract a lower 5 per cent tax as against 12 per cent previously.

-Cartons, boxes, bags and packing containers of paper will now attract a uniform 18 per cent tax in place of 12 per cent and 18 per cent rates. Waste and scrap of polyurethanes and other plastics will also see tax going up to 18 per cent from 5 per cent currently.

-All kinds of pens will be charged 18 per cent rate, while miscellaneous goods of paper like cards, catalogue and printed material will see GST increasing to 18 per cent from 12 per cent.

-Sitharaman said 12 per cent IGST on import of medicines Zolgensma for spinal muscular atrophy and Viltepso for Duchenne muscular dystrophy has been waived. These drugs cost up to Rs 16 crore.

-IGST exemption has also been given on goods supplied at the Indo-Bangladesh border haats.

-Import of leased aircraft has also been exempted from payment of IGST, the finance minister said, adding the GST Council recommended new footwear and textile rates from January 1.

- Explaining the issue of compensation to states, she said at the previous GST Council meeting it "was decided that beyond July 2022, the collection of cess would be for (re)payment of loans taken."

-"I am referring to that compensation cess which is going to commence from July 2022" that will kick in after the regime of guaranteeing 14 per cent revenue growth to the states ends, she said.

-"That ends with 5 years. The 5 year (period) ends on July 2022. Beyond July 2022, the cess that we are collecting, as agreed in the 43rd council meeting, was for the purpose of repaying the loan. That commences July 2022 and goes till March 2026 only and only for paying the loan given to states since last year," Sitharaman said.

-The Centre has estimated the shortfall in GST compensation payable to the states in the current fiscal at Rs 2.59 lakh crore, of which about Rs 1.59 lakh crore would have to be borrowed this year.

-Last year too the Centre had borrowed and released to the states Rs 1.10 lakh crore towards GST compensation. She said two groups of state finance ministers will be constituted on rate rationalisation and using data for better compliance and plugging leakages.

-Both the GoMs have been asked to submit their reports in two months.

- Carbonated fruit beverages and carbonated beverages with fruit juice will attract a GST rate of 28 per cent plus compensation cess of 12 per cent.