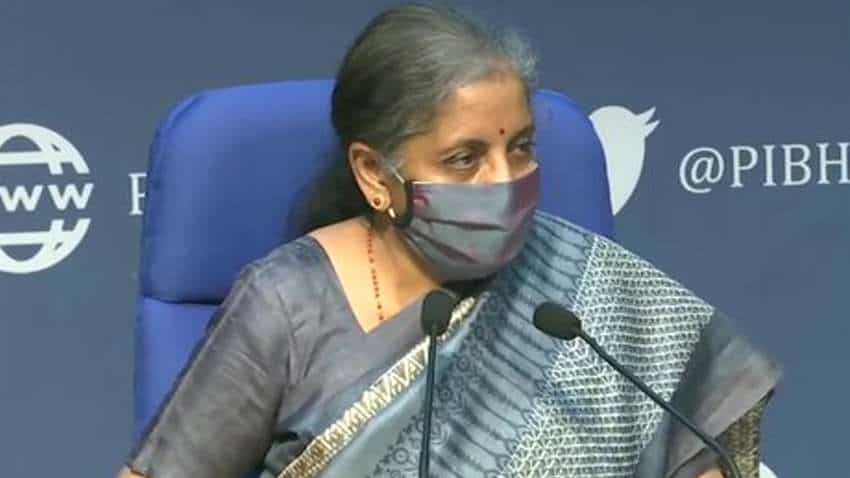 Refunds will be given from Jan 1 which are validated by PAN and Aadhaar. PIB pic.
Written By: Prashant Singh
Edited By: Harish Dugh
RELATED NEWS

Speaking on the 42nd GST Council meeting, Finance Minister Nirmala Sitharaman on Monday confirmed that this year's compensation cess collected amounting to Rs 20,000 crores will be disbursed to the states tonight. Moreover, the FM said that Rs 24,000 crores of IGST to be released to the states that had received less earlier, will be disbursed by the end of next week.

Also, the FM clarified, "Nobody is going to be denied the compensation which has arisen out of implementation of GST and COVID impact. A discussion with States is on. Around 20 States have written that they opt for Option 1."

- Refund application can be signed by Aadhaar number. This will discourage misuse of input tax credit

- IGST issue has been waiting to be resolved

Moreover, Finance Secretary Ajay Bhushan Pandey at the 42nd GST Council meeting said, "From the 1st of January onwards, the taxpayers whose annual turnover is less than Rs 5 crores will not be required to file monthly returns i.e GSTR 3B and GSTR1. They will only file quarterly returns."

"From Jan 1, tax payers will have to file only 8 returns instead of 24 returns," Pandey added.

Moreover, Pandey said, "GST Council's decision to make returns for small taxpayers on a quarterly basis rather than monthly basis will be a major relief to small taxpayers."

Reacting to the development, Rajat Bose, Partner, Shardul Amarchand Mangaldas & Co said, "Relaxation on monthly return filing for small taxpayers and  facility to pay GST in installments is a welcome move. It will help small taxpayers to achieve some  liquidity. The deadlock on compensation still remains which is a worrying factor. Hopefully some concrete solution can be worked out in the next council meeting."