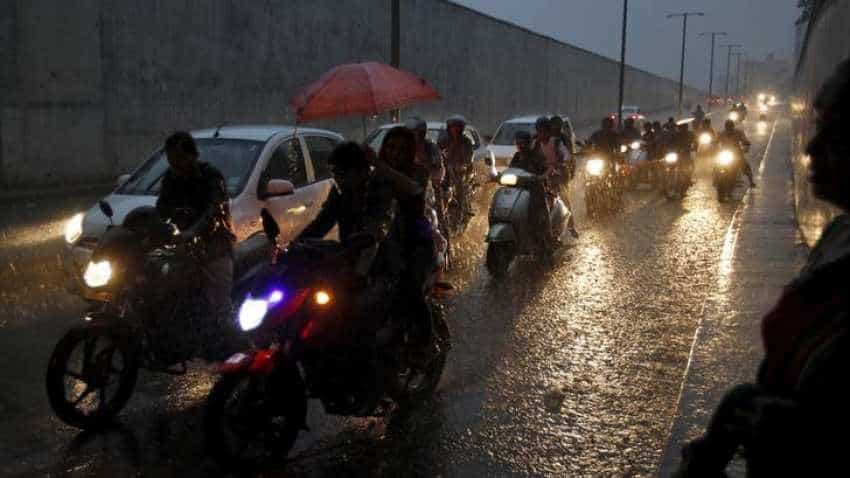 Of the 125 districts in the region, 54 reported deficient rainfall and another two were "largely" deficient.

The worst hit state by deficient rainfall in South India was Tamil Nadu, according to the IMD data.

Of its 32 districts, 20 received deficient rainfall while one reported large deficiency.

In neighbouring Kerala, where flooding and landslides due to monsoon rains claimed more than 290 lives and displaced over 10 lakh people since June 8, of the 14 districts, 10 received excess rainfall and two received "largely excess" rainfall.

Of the 31 districts in Telangana, six reported large deficiency; all four districts of Puducherry reported deficiency.

Of the 30 districts in Karnataka, another state neighbouring Kerala, 14 received deficient rainfall and two reported large deficiency in rainfall.

All four districts of Rayalaseema region and two of the 11 districts in Andhra Pradesh received deficient rainfall.

At the country-level, the IMD said there was a 27 per cent rainfall deficiency in east and northeast India, followed by minus 3 and minus 1 in northwest and central India respectively.

The south peninsula division is the only one to report 10 per cent more rainfall than the normal.

According to figures released by Water Resources Ministry this week, the total storage of 91 major reservoirs in the country is 161.993 billion cubic metres, which is about 63 per cent of the total storage capacity of 257.812 BCM.

There are 15 reservoirs being monitored by the Central Water Commission in east and northeast India with the current water storage level at 65 per cent of the total capacity.

In central India, water level is 57 per cent in 12 reservoirs, while the total storage in 27 reservoirs in western India is just 45 per cent.

The storage in 31 reservoirs in south India is 76 per cent, highest in the country, while it is 62 per cent in six reservoirs in north India.