In Lucknow, the entire Sadar Bazaar area was sealed on Friday evening after 12 members of Tablighi Jamaat were found staying in a mosque and 11 of them tested positive for the deadly virus. 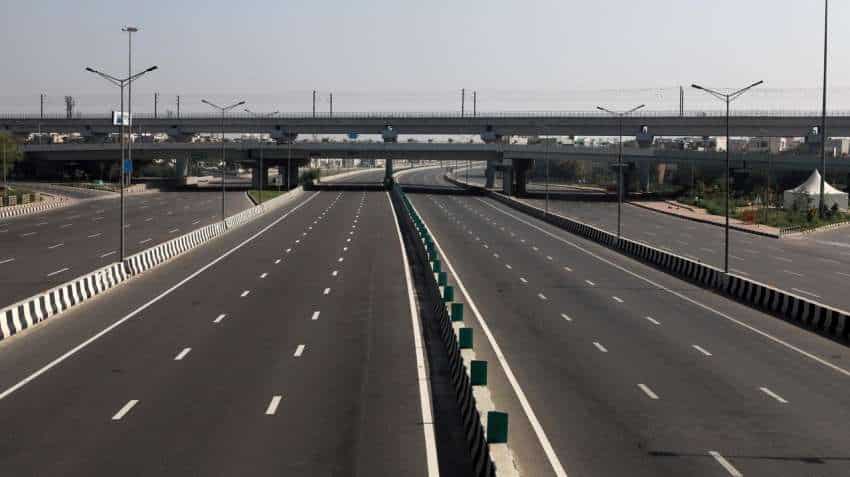 More than 31 localities in various districts in Uttar Pradesh have been sealed completely, preventing any movement in the areas, Photo: Reuters
Written By: IANS
RELATED NEWS

Ten localities were sealed on Monday in Rae Bareli district after two Tblighi Jamaatis, who had returned from Delhi, tested positive for Coronavirus.

Superintendent of Police, Rae Bareli, Swapnil Mamgain said that 200 policemen have been deployed in Nagar Kotwali area and the entire locality has been sealed after two Jamaatis, who had returned from Nizamuddin Markaz and were staying in a `dharmashala`, had tested positive. He said that fire and health workers are continuously sanitizing the areas.

Similarly, Khairabad in Sitapur district was sealed after eight Bangladeshis living in a house owned by one Sadiq in the area tested positive for Covid-19 on Monday.

In Lucknow, the entire Sadar Bazaar area was sealed on Friday evening after 12 members of Tablighi Jamaat were found staying in a mosque and 11 of them tested positive for the deadly virus.

Ramesh Bhasin, a resident of the Sadar Bazaar that has been sealed, told IANS on phone that they are not even being allowed to stand at their door or talk to neighbours through the windows.

Four localities have also been sealed in Varanasi. They include Madanpura, Bajardiha, Gangapur and Lohta.

Besides, various localities in Pratapgarh, Hathras, Ghazipur, Azamgarh and Kanpur have also been sealed.

"All the sealed areas are being subjected to a massive sanitization drive and movement has been stopped to prevent the spread of infection," said a senior police official.

When asked the need for sealing off a locality in the lockdown period, the police officer explained, "In the lockdown, movement is very restricted and people can move out only if there is an emergency situation. However, when we seal an area, no one is allowed to step out of their houses and we reach out to them in case of an emergency."

Additional Director-General of police, law and order, P.V. Ramasastry said that district police chiefs and two police commissioners have been issued a set of instructions, including setting up of a rapid action team (RAT) and a nodal corona cell in co-ordination with other departments, for effective handling of any situation arising out of Corona spread in the state.

"A standard operating procedure (SOP) which includes a proper way to tackle risk areas as per international standards has been shared with the districts," he said.

He added that necessary equipment required for launching any operation has been made available to police chiefs of all the districts in the state.