Modi, along with his government, went ahead and boldly introduced agenda's like Make In India, Housing for All, Swachh Bharat Abhiyan, Jan-Dhan Yojana and many others. 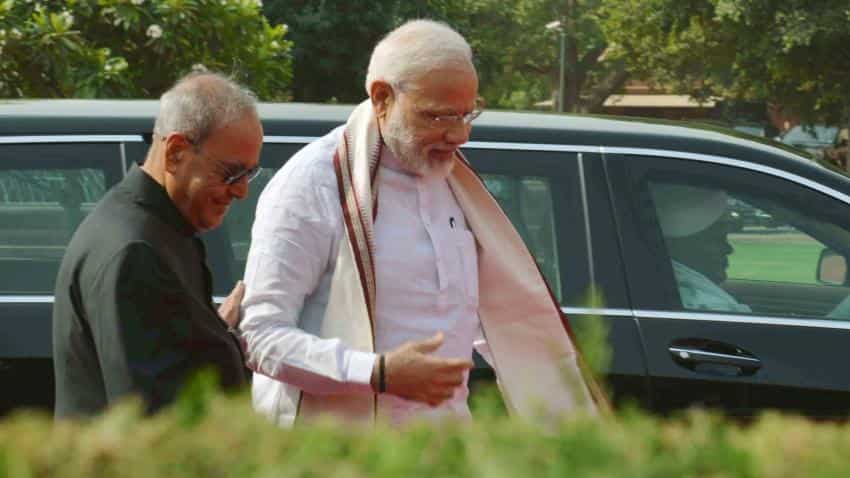 Since the time Narendra Modi took oath as Prime Minister of India in May 16, 2014, there has been a long list of achievements in his leadership.

Modi, along with his government, went ahead and boldly introduced agenda's like Make In India, Housing for All, Swachh Bharat Abhiyan, Jan-Dhan Yojana and many others.

His government has looked in every matters right from Indian economy reforms to campaign of building toilets.

Not to forget, the passage of long-hanging GST bill - which is expected to be implemented on July 2017 and demonetisation drive to tackle black money.

In the month of May, Modi and his government completed three years of leadership.

When asked about government's performance in parliament and opposition benches in third year – a 65% citizen said government effectively handled the Parliament and passed key bills. Passage of GST bill was one of the crucial bill in the third year. 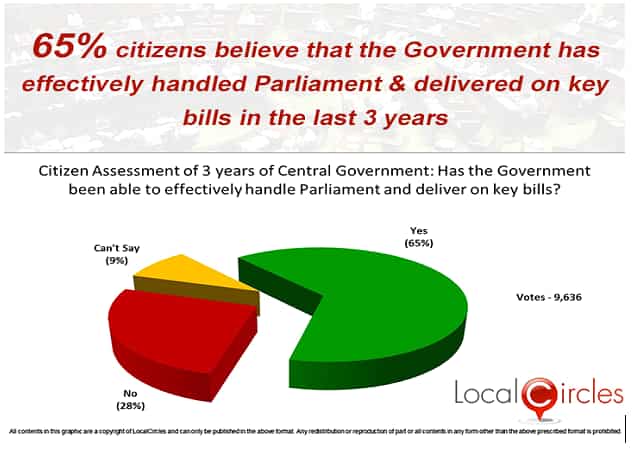 65% citizens gave thumbs up to the growth in infrastructure development in fields of irrigation, roads, telecom etc. as a result of NDA government in third year. 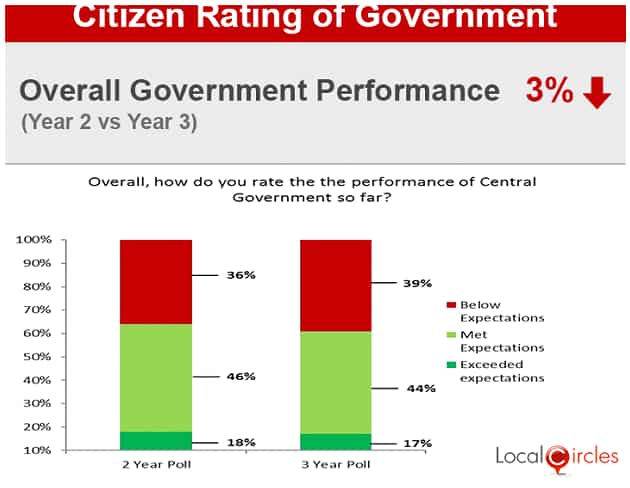 Local Circles said, "Citizens were asked if they felt that doing business had become easier in the last 3 years on which votes were divided. 36% citizens said yes, while 36% said no and 28% were not sure." 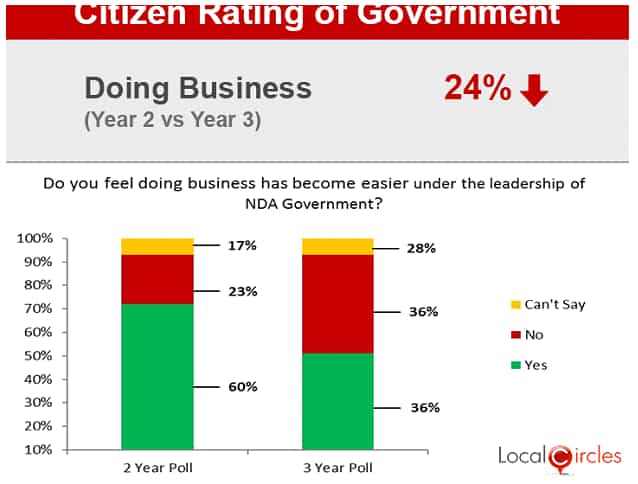 Whether, cracking down of black money has been successful after note ban exercise - 51% said it has while another 37% disagreed.

Moreover, approximately 69%, remain optimistic about their family’s future in the country. Only 23% citizens believe that healthcare facilities and services have improved in the last 3 years.

Between May 26 - June 15, 2017, the Modi government has planned to organise an event in Guwahati, Bengaluru, Pune, Kolkata and Jaipur. A campaign called ''New India" will be run by Modi in these days.

Within these 20 days, 74 ministers will ask about governments performance in a total of 900 cities.

Around 59% of the citizens who polled believe that the government will fulfill the promises made in its pre-election manifesto, which is a fairly high trust factor.