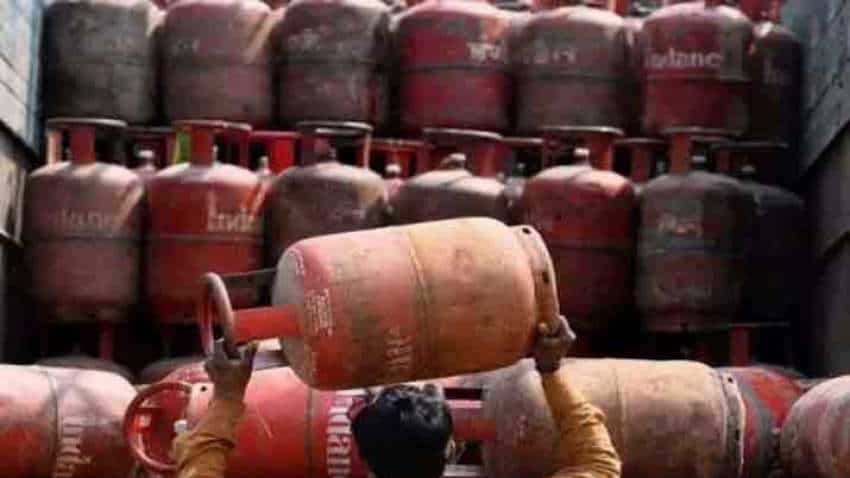 The 14.2-kg cylinder`s price has risen by over Rs 125 per cylinder since January in the wake of a global price hike. Source: PTI
Reported By: IANS
RELATED NEWS

Government may examine a proposal to extend provision of free LPG cylinders for Ujjwala scheme beneficiaries for three months again in FY22 to provide relief to over 83 million BPL households from rising price of the cooking gas.

The 14.2-kg cylinder`s price has risen by over Rs 125 per cylinder since January in the wake of a global price hike. This has taken up the price of a LPG cylinder to Rs 819 from Rs 694 in January. In fact since May last year the price of cooking gas has risen by Rs 237.50 in Delhi.

Sources said that with Covid pandemic still affecting the country and causing disruptions at different levels, government may come up with further stimulus measures even in FY22. Provision of three free LPG cylinders to Ujjawala subscribers may form part of these stimulus measures when they are announced.

The budget 2021-22 has also announced addition of 10 million beneficiaries under Ujjawala over two years. The government`s flagship scheme under which cooking gas connections are given free of cost to women of below poverty line (BPL) families.