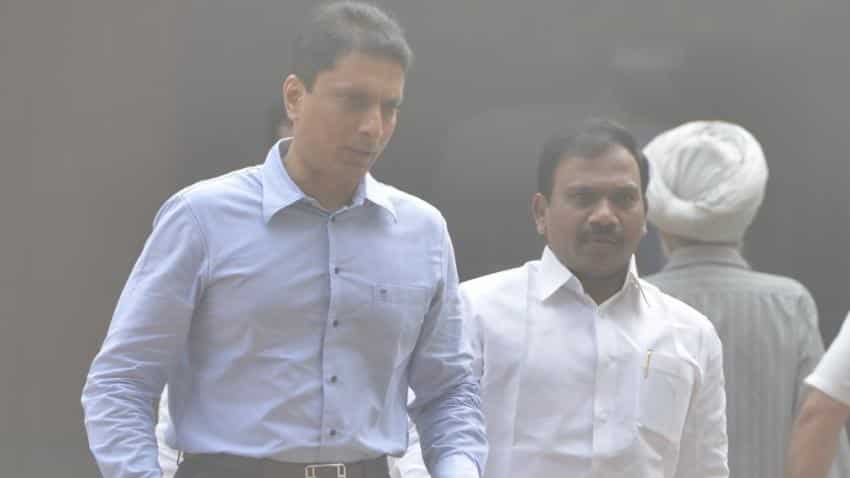 According to reports, the Enforcement Directorate in its charge sheet had also named DMK supremo M Karunanidhi's wife Dayalu Ammal as an accused in the case in which it had alleged that Rs 200 crore was paid by Swan Telecom (P) Ltd (STPL) promoters to DMK-run Kalaignar TV.

However, the ED's final report had reportedly named 10 individuals and nine companies as accused and listed them in the charge sheet for the offences under the Prevention of Money Laundering Act.

Earlier the court had charged them with the offence under section 120 B (criminal conspiracy) read with section 420 (cheating) of IPC, substantial charge of cheating was made out against Saraf.

The CBI had named these persons in its charge sheet on December 12, 2011, alleging they had cheated the Department of Telecommunication by using Loop Telecom as a "front" to secure 2G licences in 2008.

The alleged scam related to the issuance of licences and allocation of 2G spectrum by the Department of Telecom took place during the Congress-led UPA government`s first tenure in 2008.

The case was widely reported in 2010 following a report by the Comptroller and Auditor General of India (CAG).

Meanwhile, hundreds of supporters of his party from his hometown Nilgiris in Tamil Nadu reportedly crowded outside the Delhi court where the decision was announced.

The courtroom had to be cordoned off with ropes to avoid any law and order situation.

Raja is accused of allocating airwaves and licenses for cellphone networks in exchange for kickbacks and causing the state a loss of Rs 1.76 lakh crore.

Earlier, the Supreme Court agreed that the process Raja followed was polluted and cancelled all the licenses he had issued.