The Minister said steps were also on to construct escalators in stations. 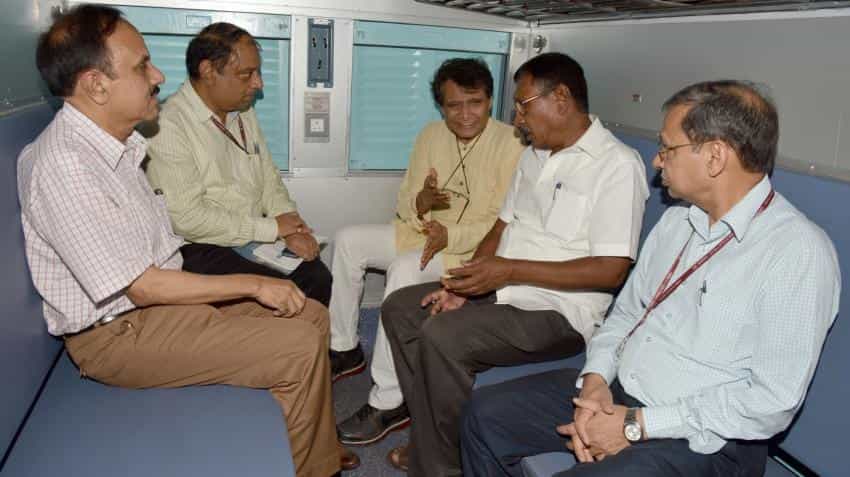 The Railways was also looking out for resources other than its normal revenue. Photo: IANS
Written By: PTI
RELATED NEWS

As part of its programme to upgrade facilities for rail users, Railways Minister Suresh Prabhu said here on Monday that 200 more stations and some additional trains would be provided with Wi-Fi in 2017.

Dedicating six Wi-Fi facilities to rail users at Kannur, Ernakulam and Kollam at a function here, he said 100 stations had been fitted with Wi-Fi this year and the target was to double this number in 2017.

"More trains will also would be provided with Wi-Fi next year," he said. "The objective is to have Wi-Fi facility in all railway stations in small cities and towns," he said.

The Minister said steps were also on to construct escalators in stations.

Welcoming the Kerala government's decision to sign a Joint Venture with Railways for development projects in the state, he said that as partners, the railways would be developed in the state.

"The Centre and state will have equity in the venture and funds for the projects will be raised through market borrowings with the consent of the state government," he said.
The resources spent under the JV would be in addition to funds earmarked in the Railway budget, he added.

Stating that investment in railway infrastructure can bring development to its optimum level in Kerala, Prabhu said he had asked some banks to prepare a business plan for the state.

Prabhu admitted that there was a lack of railway investment in Kerala and said the NDA government's move was to reverse that trend.

Referring to remittances to the state from Non-Resident Keralites, he said even they could invest in railway projects.

"They can develop a railway station", he said, adding that the key objective was to join hands for development.

The Railways was also looking out for resources other than its normal revenue. They were also looking into the possibility of coverting its hospitals as medical college hospitals, he said.

Chief Minister Pinrayi Vijayan and G Sudhakaran, PWD Minister and in charge of Railways were among those present.