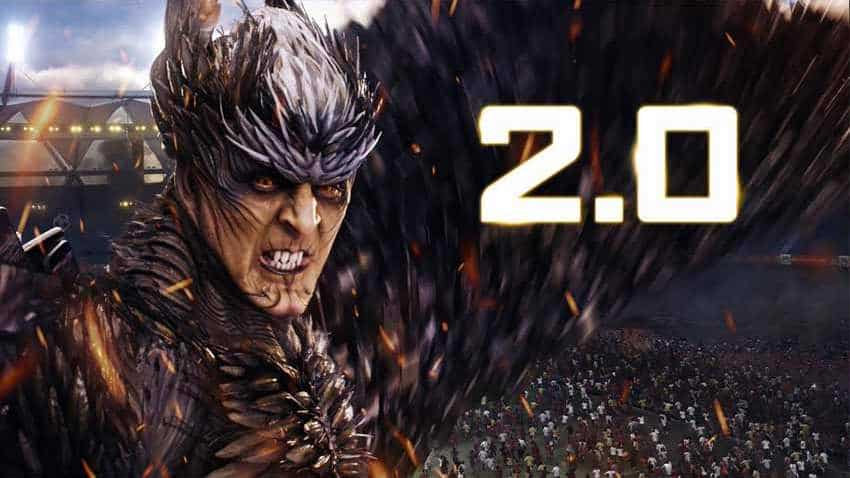 2.0 Box office collection: Directed by Shankar, Rajinikanth, Akshay Kumar starrer 2.0, which is slated to be released on November 29, has already made a box office record. Image source: Twitter/@DharmaMovies

2.0 Box office collection: Directed by Shankar, Rajinikanth, Akshay Kumar starrer 2.0, which is slated to be released on November 29, has already made a box office record and entered the exclusive Rs 100 crore club. A sequel to 2010’s much appreciated film, Robot, film trade analysts are betting high 2.0, as the it is the biggest film made in India till date with an unheard of budget of over Rs 500+ crore. Producers, LYCA, have already sold distribution rights of all the versions for a record price, the distributors are reportedly starting the process to lock the screen count.

Recently cleared by the censor board with U/A certificate with an approved run time of 2 Hour 28 Minutes, the movie is getting massive showcasing as it will be allotted around 32,000 to 33,000 shows across the country, the report added.

Movie goers are expecting a lot with this Rajinikanth, Akshay Kumar starrer movies after getting disappointed with Bollywood mega film starring Amitabh Bachhan and Aamir Khan in the Thugs of Hindostan. Despite having a record opening collections, the film failed to attract audiences to the theatres.