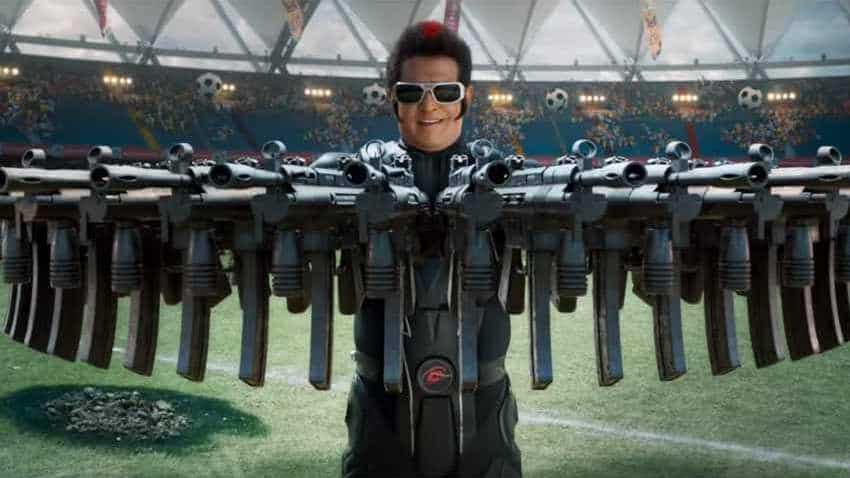 2.0 box office collection day 1: For the first time, Akshay Kumar is playing the villain of this kind in the movie and the film's teaser and posters have already filled the movie-lovers with the excitement.

2.0 box office collection prediction day 1: Come November 29 and you may witness a 'Tsunami' on the box office. It may even destroy Aamir Khan's recent record set by Thugs of Hindostan on day 1 of Rs 52.25 cr. Yes, you read that right! Akshay Kumar and Rajinikanth starrer 2.0, a sequel to Robot (Enthiran, 2010), is all ready to set the box office on fire. The film, according to analysts, is all set to break all box office records.

"Directed by S Shankar and featuring mega-stars like Rajinikanth and Akshay Kumar, under the banner of Karan Johar's Dharma Productions, the film may earn Rs 25 to 30 crore  (Hindi collection) on day 1," said film critic and trade analyst Akshaye Rathi. So far so good.

Rathi then shocked by also saying that the film may cause a 'Tsunami' at the box office.

"Given the 3D effect and Thalaiva Rajinikanth's popularity, the film may bring a Tsunami at the box office by earning Rs 40 crore in Tamil alone," said Rathi.

Given this, if the film manages to earn Rs 70 crore collectively in Hindi and Tamil, will its gross collection combining Telugu, Kannada and international earning, push it to the grand total of an unheard of Rs 100 crore on opening day?

"I wouldn't negate the possibility of the same. However, this will certainly depend on the film's performance in other languages like Malayalam, Telugu etc. As I say there is nothing called Rajinikanth film, it's always Rajinikanth phenomena, so anything can happen," said Rathi.

2.0 film is also expected to turn out to be Akshay Kumar's highest opener till date. What will boost 2.0 film fortunes is that Akshay's inclusion in the film will provide it a north-India connect, ensuring that it finds a single market stretching from Kashmir to Kanyakumari.

2.0 may well be gunning to destroy all Bollywood and other filmi records in India, but the movie itself has already broken many records as it has been produced with a massive budget of around Rs 650 crore!

For the first time, Akshay Kumar is playing the villain of this kind in the movie and the film's teaser and posters have already filled the movie-lovers with the excitement. The hype built around the movie has so far been very effective with its two trailer videos receiving 28 million and 44 million views respectively.

With movie lovers upset with the offering from 'Thugs of Hindostan' and no other big releases around, the film is expected to leave the audience spellbound. However,you will have to hold your breath till November 29 to watch how 2.0 does at the box office.