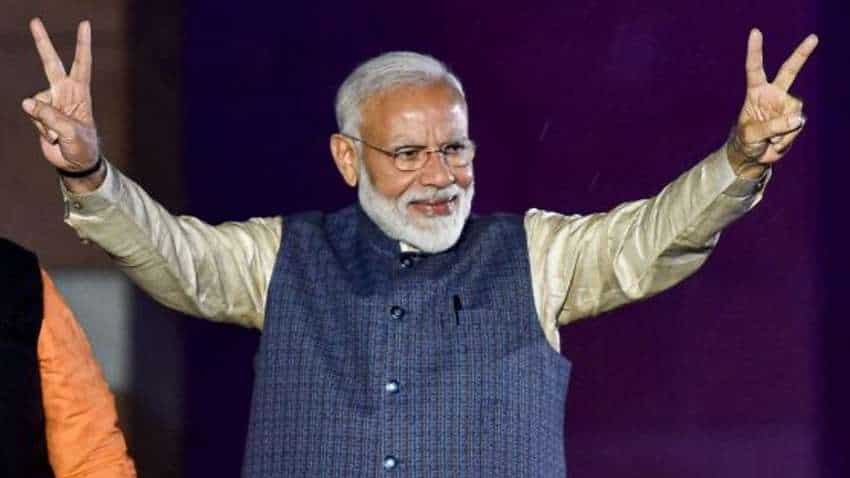 It's a big honour for India and PM Narendra Modi! Prime Minister Narendra Modi became the first Indian Prime Minister to be awarded the Legion of Merit, Degree Chief Commander by the Government of the United States of America. Due to Coronavirus related restrictions, the award was handed over in a simple ceremony by the National Security Advisor of the United States to the Ambassador of India to the US.

The citation for the award recognizes Prime Minister Modi’s contribution to elevate the Indo-US Strategic Partnership to address global challenges. It recognizes that India and the US are key partners in the Indo-Pacific, a theme clearly reflected in the choice of awardees.

This award was originally instituted for the US Government to honour foreign military personnel.

"Importantly, the award explicitly recognizes Prime Minister Modi’s steadfast leadership and personal engagement in strengthening the Indo-US relationship from May 2014 onwards. While the Modi-Trump bonhomie is more fresh in people’s memory, it is worth recalling that it was the Modi-Obama partnership that led to a successful Paris Climate Accord at the COP-21 Summit in 2015 - a high point for the India-US partnership on the global arena," an official statement said.

Interestingly, the very first awardee, General Kenneth Anderson of the British Army, also had a strong India connection. He was born in India and commanded Indian troops in the First World War.

Other notable recipients include such legendary historical figures as the King George VI of the United Kingdom; Marshal Zhukov of the Soviet Union; Charles de Gaulle, who was the President of France during 1959-69; King Abdulaziz bin Abdul Rahman, the founder of Saudi Arabia; Mohammad Reza Pahlavi, the Shah of Iran till 1979; Bhumibol Adulyadej, the King of Thailand; and most recently, Sabah al-Ahmad al-Jaber al-Sabah, the Emir of Kuwait.