The idea is that the world needs Gandhi now more than ever before, especially in terms of building an inclusive society, said Madan Padaki, the Managing Trustee, Head Held High Foundation. 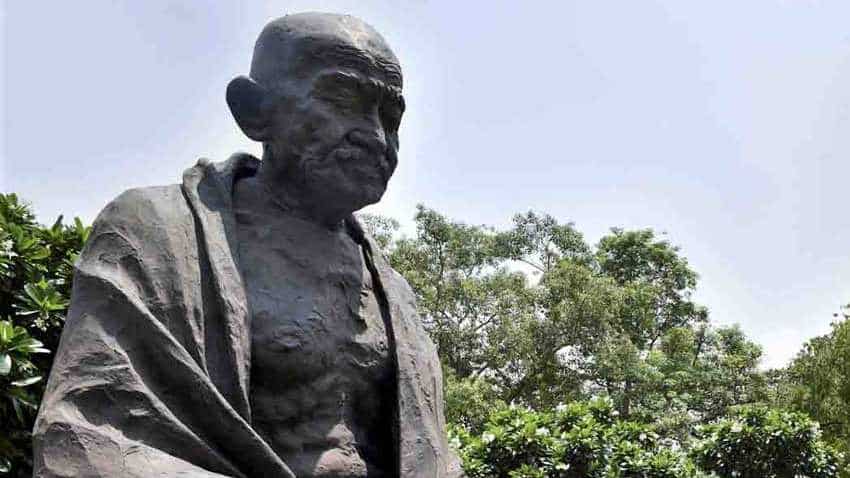 Changemakers are those from the corporate world who want to use their expertise, techniques, tools and resources to be used for alleviation of poverty and build an inclusive society. PTI

A total of 150 global chief executive officers (CEO) will be part of a fellowship programme where they will be spending 10 days at the Sabarmati Ashram to look through the eyes of Mahatma Gandhi for building an inclusive society.

"The idea is that the world needs Gandhi now more than ever before, especially in terms of building an inclusive society. At the 150th birth anniversary of Mahatma Gandhi, which is being celebrated across the country, we want to create a Global Gandhi fellowship leadership programme based on Gandhian philosophy. The fellowship will be a 10-day event where the top global CEOs will be spending the fellowship at the Gandhi Ashram at Sabarmati trying to see the world through Mahatma Gandhi`s Eyes," said Madan Padaki, the Managing Trustee, Head Held High Foundation.

"During the 10 days they spend here, they will be provided the tools and techniques for them to look through the lens of Gandhi. This is not a programme about Gandhian philosophy but we want the CEOs to understand that what if Gandhi were in their place, if he was alive and he was the CEO of their company, how would they act and behave.

"So we hope that within one year we will form a community of CEOs who will be at least alive to see that way and once they start sharing this in their companies, the others will also be compelled to do the same," added Padaki.

"Right now we are working out all the details of the 10-day fellowship. We have a 25-member team to do that and also helped by the Gujarat Vidyapith and other Gandhians. By April we will start on an outreach for the Global CEOs," said Padaki.

Padaki was talking to IANS on the sidelines of a four-day event, Global Action on Poverty (GAP) 2019, held at the Gandhi Ashram at Sabarmati from January 31 to February 3.

"GAP is a community movement - it belongs to all those who have the passion to work towards the change they wish to see - and if we can create changemaking communities all over India, poverty can be history," said Padaki, addressing more than 350 Changemakers.

Changemakers are those from the corporate world who want to use their expertise, techniques, tools and resources to be used for alleviation of poverty and build an inclusive society.

A hundred of the Changemakers pledged to launch local chapters in their districts, communities and conduct a mini-GAP like event getting all local changemakers and collaborators to come together.

They also pledged to launch a national mentoring network for Changemakers - where corporate leaders can provide mentoring/coaching support and create a technology platform for enabling volunteers to work with changemakers.