Cases under the code can be taken up only after approval from the tribunal, which has benches in different parts of the country. Srinivas said that personal insolvency should be approached carefully and in a planned manner. 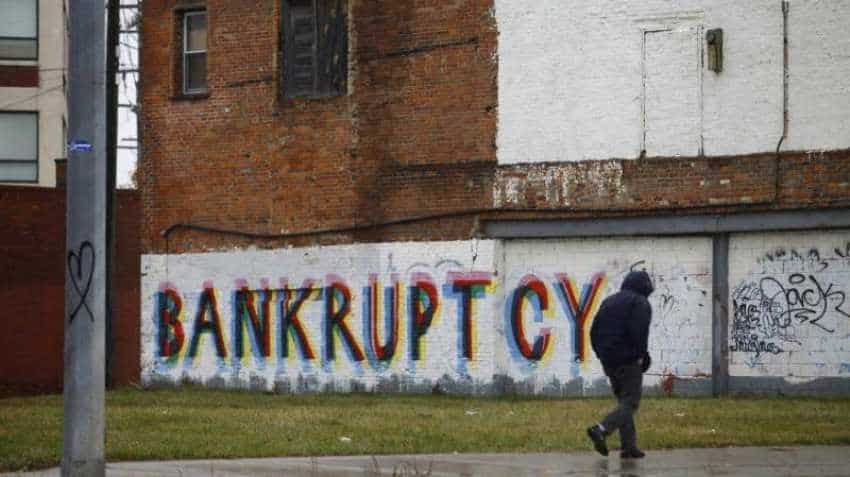 According to him, there are two routes for personal insolvency -- one is insolvency process followed by bankruptcy process and the second one is a fresh start. Representational Image, source: Reuters
Written By: PTI
RELATED NEWS

As many as 12,000 cases have been filed since the implementation of the insolvency law and setting of National Company Law Tribunal (NCLT), a senior government official said Monday. Asserting that the Insolvency and Bankruptcy Code (IBC) should be the last resort, Corporate Affairs Secretary Injeti Srinivas said the NCLT has been very expeditious in disposing cases related to insolvency. "In some of the NCLTs, the number of cases filed and the number of cases disposed off are almost the same. That means you are almost current," he noted.

Cases under the code can be taken up only after approval from the tribunal, which has benches in different parts of the country. Srinivas said that personal insolvency should be approached carefully and in a planned manner. "The issue of personal insolvency is an important dimension, which we have to address at the earliest.

According to him, there are two routes for personal insolvency -- one is insolvency process followed by bankruptcy process and the second one is a fresh start.

A fresh start or a waiver or a waiver of a loan should be considered for debtors based on certain criteria such as income levels and assets, he said.

Speaking at a conference organised by industry body CII and British High Commission, Srinivas said that since the commencement of the Code and setting up of the NCLT, 12,000 cases have been filed.

To a query on long time taken in resolving certain cases under the IBC, Srinivas observed that it would not be fair to say that cases have been lingering on.

"May be these large cases have taken more than 270 days and some may be double of that but if you look at the size of that loan and the quantum of recovery, it is still an extraordinary sort of result.

"In (the case of) Essar, more than Rs 42,000 crore would be (recovered). That is a very big sum and involves some many creditors... I think for such very large cases, there would be some amount of litigation and one year or little over one year for such a large case to be settled is not too long," he said on the sidelines of the event.

Further, he said the time taken for resolution of large cases is not too long, especially when it is compared with the average of four-and-a-half years which has been taking prior to the IBC.

Insolvency and Bankruptcy Board of India (IBBI) Chairman M S Sahoo said the challenge before the Committee of Creditors (CoC) is the ability to recognise and distinguish between a company, which is potentially viable and unviable, then design a feasible resolution plan, while ensuring the firm's value does not get further eroded in the process.

The CoC should be willing to restructure its liability and delay liquidation if the company has the potential to be restored to health. However, the rescue plan should be confined only to viable companies, he said at the conference, according to a release issued by the CII.

Noting that cross-border insolvency is still work in progress, Srinivas said that UNCITRAL provides for enough flexibility to have carve outs. "It is under the consideration of the government and very soon Parliament might also approve it," he added.

Established in 1966, UNCITRAL is a subsidiary body of the General Assembly of the UN with the general mandate to further the progressive harmonisation and unification of the law of international trade, as per its website.

The UNCITRAL Model Law has been adopted in more than 40 countries.

The model law deals with four major principles of cross-border insolvency, including direct access to foreign insolvency professionals and foreign creditors to participate in or commence domestic insolvency proceedings against a defaulting debtor.

On the sidelines of the conference, Srinivas said that having insolvency counsellor is a very good idea. "We should look at it seriously. You should have an option for the counsellor to sort it out. Some mediation process should be there," he added.