102 Not Out box office collection: Though the movie has received critical acclaim from the audience and critics alike, it could not register a very good collection at the box office since release on May 4 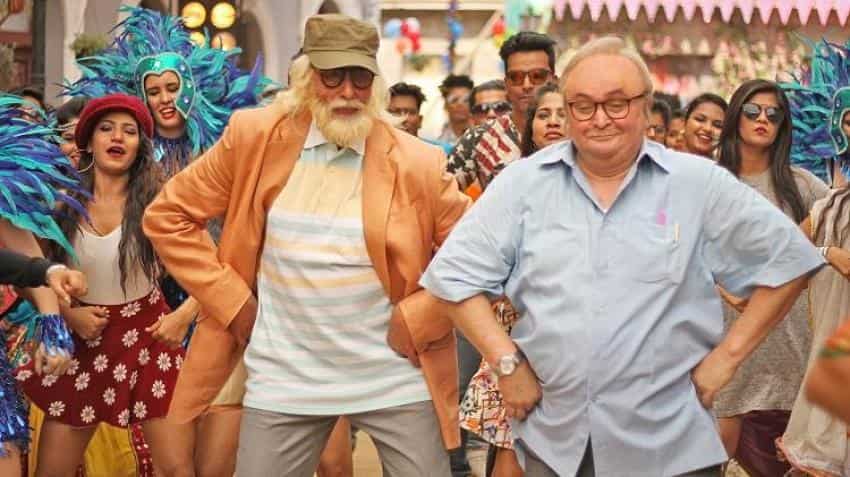 102 Not Out box office collection: Though the movie has received critical acclaim from the audience and critics alike, it could not register a very good collection at the box office since release on May 4. Amitabh Bachchan and Rishi Kapoor starrer movie has collected an amount just short of Rs 50 cr at Rs 48.42 crore in Indian market.  The Umesh Shukla directed flick, however, lagged behind Alia Bhatt starrer Raazi in terms of revenue. Raazi has reached near the Rs 100 crore mark in India at Rs. 91.63 cr and over Rs 145 crore has been collected worldwide.

Amitabh Bachchan and Rishi Kapoor's act received a warm response from the viewers and critics though, but right from its opening day it was clear it would be an uphill battle at the BO - it earned Rs 3.52 crore on day 1. "#102NotOut has almost exhausted its run... However, ₹ 50 cr mark is definitely in sight... [Week 4] Fri 33 lakhs. Total: ₹ 48.42 cr. India biz.," Noted film critic and trade analyst Taran Adarsh tweeted.

The flick is based on the Gujarati play written by Saumya Joshi. The movie revolves around the love-hate relationship between a 75-year-old son and a father, who is 102. While the father is full of life, the son is totally dour and dull. The movie is engaging and both these iconic actors have delivered a really watchable film that gives lessons to all concerned about life and the attitude to have.