100% tax on petrol prices! This is how fuel prices are fixed

The biggest irony here is the fact that we paid lesser for our fuel back in 2013 when Brent crude ruled well above $100 - in fact, it neared $150 before rolling back. Now, it's $80 and yet petrol and diesel prices that consumers are paying are at their costliest  ever levels. 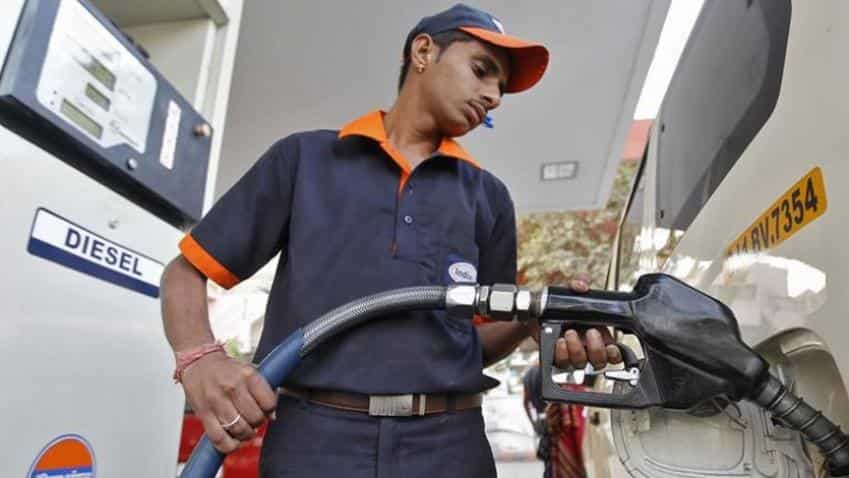 Fuel rates in India are shooting through the roof with both petrol and diesel prices hitting record highs. Brent crude overseas getting costlier is just one reason why! Brent crude is hovering around $80 per barrel now. The biggest irony here is the fact that we paid lesser for our fuel back in 2013 when Brent crude ruled well above $100 - in fact, it neared $150 before rolling back. Now, it's $80 and yet petrol and diesel prices that consumers are paying are at their costliest  ever levels.

Back then, when the world was reaping the benefits of a crash in crude prices, Indian government preferred not to pass on the benefits to consumers and instead hoarded the windfall by increasing taxes on the fuel. Between November 2014 and January 2016, the government hiked excise duty on crude 9  times. Since then, excise duty has been reduced only once, in October, 2017. In Budget 2018, the government did slash basic excise duty by Rs 2 per litre for petrol and diesel, doing away with additional excise duty of Rs 6 too, but a simultaneous levy of road cess of 8 per cent nullified the cut in excise duty.

Besides excise duty, there are other taxes that inflate the fuel prices at home. And not to forget the fluctuation in Rupee against dollar.

Here's is an explainer on bumper tax that we pay on petrol and diesel prices:

Stage one: Import/Refining by OMCs

According to data available on BPCL the crude price for OMCs after factoring in the Cost & Freight (C&F) price on moving average basis comes in at $86.28 per barrel. At Rs 67.45 per dollar exchange rate, this will amount to Rs 5820 per barrel.

After refining and factoring in their margin, OMCs charge Rs 37.63 from the dealers, according to BPCL.

Now Centre levies excise duty of Rs 19.48 per litre on petrol. This turns the petrol prices at Rs 57.11.

Dealer commission is fixed at Rs 3.62 per litre for petrol. Now the petrol prices rise to Rs 60.73.

As OMCs pay Rs 36.6 per litre for petrol and we are charged over Rs 77, effectively we're paying more than 100 per cent tax on petrol. A similar kind of exercise, with different numbers, is carried out for diesel too.

Be that as it may, now all eyes are resting on the government as to what measures it will take to provide relief against skyrocketing fuel prices to consumers.