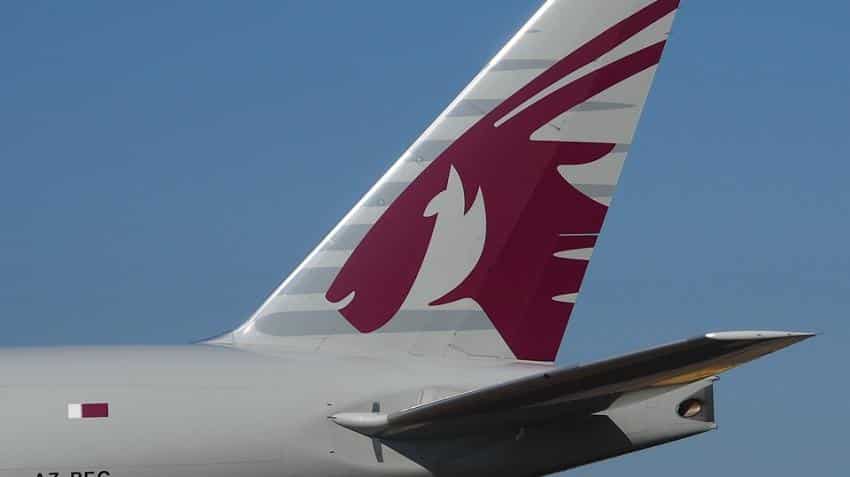 According to the FIA, such "foreign owned and controlled domestic airlines" will also gain unhindered access to defence airfields.Photo of tail of Qatar Airways plane. Image Source: Pixabay
Written By: IANS
RELATED NEWS

Permitting foreign firms to fully own a domestic airline could have serious security implications, besides giving rise to other issues, the Federation of Indian Airlines (FIA) has told the government.

"The decision to relax the foreign investment norm (in aviation) to 100 per cent is unprecedented. No substantive country allows this," the FIA wrote in a recent letter to the government.

"By India permitting 100 per cent foreign direct investment (FDI) in scheduled airlines, the Indian government will have no visibility on where control lies. Such a move could also have serious repercussions on India`s national security."

According to the FIA, such "foreign owned and controlled domestic airlines" will also gain unhindered access to defence airfields.

Last year, foreign investors, except overseas airlines, were allowed to own up to 100 per cent stake in local air carriers by liberalising the country`s FDI regulations.

However, existing rules mandate that substantial ownership and effective control (SOEC) of an airline must vest with Indian nationals, and the Chairman and two-thirds of the Board of Directors of the airline must be Indian citizens.

"It must be noted that permitting 100 per cent FDI in scheduled airlines and removing the SOEC requirement skews the creation of a level playing field," the FIA said.

The airlines` association also said the decision to allow foreign carriers own airlines in India will create an inequitable competitive environment.

"If India dilutes the SOEC provisions (as proposed), foreign airlines will be allowed access to bilaterals from their country to India and also bilateral from India to their country. This will create a very inequitable competitive environment for Indian carriers," it added.

Besides, the FIA said that the decision could not have come at a more inopportune time, as many domestic air carriers have placed orders for hundreds of aircraft.

"In fact, the deficient aviation infrastructure is hindering growth of domestic carriers. Despite the constraints, the Indian carriers have positioned India as the fastest growing aviation market,".

"Introducing financially stronger 100 per cent foreign owned airlines, in some cases, state-owned, will create a -non- level playing field for domestic airlines, cause tremendous losses and put even greater strain on the existing aviation infrastructure."