While announcing the roadmap leading to growth in the economy the government said macro economic fundamentals were strong and fiscal deficit target of 3.2% of GDP would not be breached. 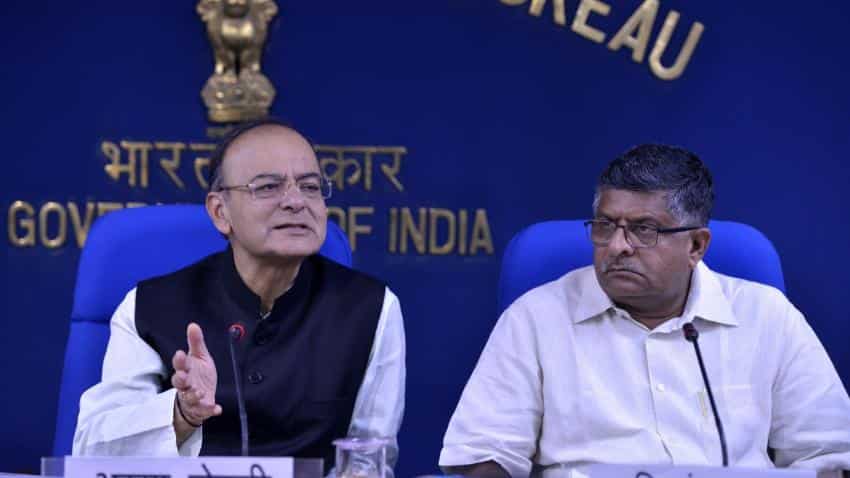 The government on Tuesday announced major reforms and investment details to boost economic growth in the medium-term.

Finance Minister, Arun Jaitley and officials of the government presented a detailed explanation of the status of the Indian economy along with a roadmap to ensure ‘rapid growth.’

Among the big announcements made today was the announcement of Rs 2.11 lakh crore recapitalisation of public sector banks along with Rs 6.92 lakh crore investment in infrastructure.

Here are 10 things that you need to know from this meet.

1. The government has launched a new ‘umbrella programme’ with the introduction of the Bharatmala Pariyojana.

2. Out of this, Bharatmala Pariyojana to be implemented with an outlay of Rs 5.35 lakh crore will generate 14.2 crores jobs.

3. The scheme will provide for the build of 83,677 km of roads involving capex of Rs.6.92 lakhs crore over the next five years.

4. In addition to 34,800 km under Bharatmala, balance works of 48,877 km of works under other current schemes will be implemented in parallel by NHAI/MoRTH with an outlay of Rs 1.57 lakh crore.

6. A total of Rs 1.35 lakh crore via recap bonds front loaded would be raised while Rs 76,000 crore via budgetary support and market raising.

7. Banks will also give a 'big push' to MSMEs for jobs and growth through enhanced access to financing and markets, and a drive to finance MSMEs in 50 clusters.