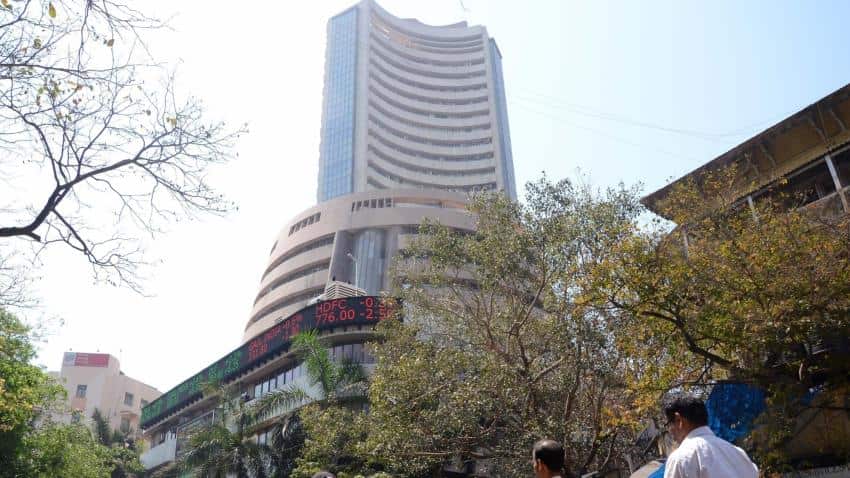 Global tensions kept the domestic markets highly volatile in past one month. Where NSE Nifty crossed 10,100-mark on August 1 and BSE Sensex touched 32,000-mark in mid-July raised a lot of hopes among equity investors.

On Friday, markets opened lower after another missile launch by North Korea dampened sentiments. However, till noon, Sensex, Nifty maintained their high-levels.

According to Pragnesh Jain, AVP Technical Research - Institutional Equities, Systematix shares, "Sustainability above 10350 is required for further upside, failure of which can lead to a sideways to correction in Nifty. Failure to break & close above 10137-10150 zone decisively can see a dip back towards 9980-9960 levels where immediate support lies. Below 9960, further weakness can be seen.

"Sensex – While Nifty is almost at its recent life time High, Sensex is nearly 1% far from its respective life time High. The current up-move can extend towards 32500-32700 levels where resistance is seen. A breakout above this will lead to further upside towards 33100-33200 levels in the short term. Failure to break 32700 decisively can see a sideways to corrective move," Jain added.

Having similar views, Motilal Oswal in its daily market outlook report said, if Nifty sustains below 10050 then only a profit booking could be seen towards10000-9980 zones while on the upside a decisive move above10138 could commence the next leg of rally towards 10200 levels.

Moreover, if you look at the stocks performance, this year there shares which gave returns in the range on 13-47 times more than Sensex in 2017.

Here's a list of stocks which ave robust returns to its investors, as shared by Amit Goenka, Analysts at Multibaggerstocks.co.in:

Indiabulls Ventures gave the highest return of 1375% in nine months. The shares of the company touched highest at Rs 295 per piece and lowest at Rs 20 per piece.

Goenka said, "Expect nifty to be between 8000-8500 before the end of the current financial year. A major correction has been due for a long time. I am bearish on the markets starting October 2017."

Disclaimer: This story is for informational purposes only and should not be taken as an investment advice.