Launched on December 6, 2017, the PMGKDS was applicable to every declarant under the Taxation and Investment Regime for Pradhan Mantri Garib Kalyan Yojana - the scheme closed on March 31. 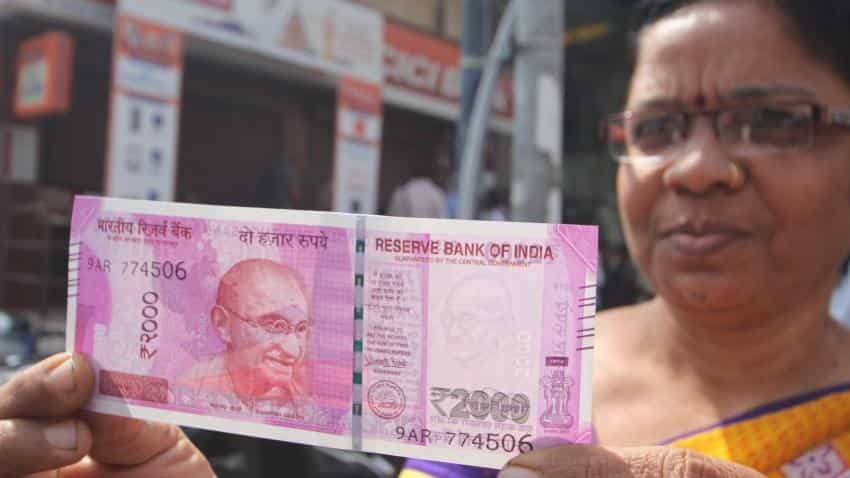 Now that only 10 days are left for the PMGKDS deadline to pass, follow these three steps to declare your undisclosed income. Photo: IANS
Written By: ZeeBiz WebTeam
RELATED NEWS

The Reserve Bank of India (RBI) on Wednesday provided another chance to Indian citizens who have not yet declared undisclosed income under Pradhan Mantri Garib Kalyan Deposit Scheme (PMGKDS).

RBI in a press release said, "It has now been decided by the Government of India, in case of persons who had filed the declaration by depositing tax, surcharge and penalty under PMGKDS on or before March 31, to allow extension of time till April 30 for banks to upload details into RBI's E-Kuber system and for depositors to make commensurate deposits, if not already done."

Launched on December 6, 2017, the PMGKDS was applicable to every declarant under the Taxation and Investment Regime for Pradhan Mantri Garib Kalyan Yojana - the scheme closed on March 31.

Now that only 10 days are left for the PMGKDS deadline to pass, and if your are willing to declare the unaccounted income under the scheme follow these three steps.

Announcing the deposits and cash:

Declaration is suppose to be made as per the amount one is holding which may be accounted and unaccounted. Then deposits can be made in the central bank or any other authorised banks.

RBI said that deposit amount should not be less then 25% of undisclosed income and shall be made in multiples of Rs 100.

No interest shall be paid for deposits made in this scheme.

Surcharge and penalty totaling in all to 49.9% will be applied of such declared income.

Declaration to be made with payment and deposit proof:

After fulfilling above steps, a person is required to file a form and then verify  as per the rules and regulations prescribed by the government.

Declaration has to be submitted with proper evidence like valid PAN and should be registered in e-Filing portal.

Forms can be filled online using either Digital Signature Certificate (DSC) or Electronic Verification Code. Both will be available on e-filing portal.

Copies of proof of payment of total taxes and proof of deposit in Pradhan Mantri Garib Kalyan Deposit Scheme, 2016 should be kept ready for upload.

A Motilal Oswal report stated earlier that the Income Tax Department might dig in about Rs 28,500 crore as black money, which represents 50% of the income considered to be declared under the scheme. Such would imply tax receipts amounting to Rs. 24,200 crore.