Only 12 states and UTs were represented in the first list of 20 mission cities announced in 'Smart City Challenge Competition' on January 28. 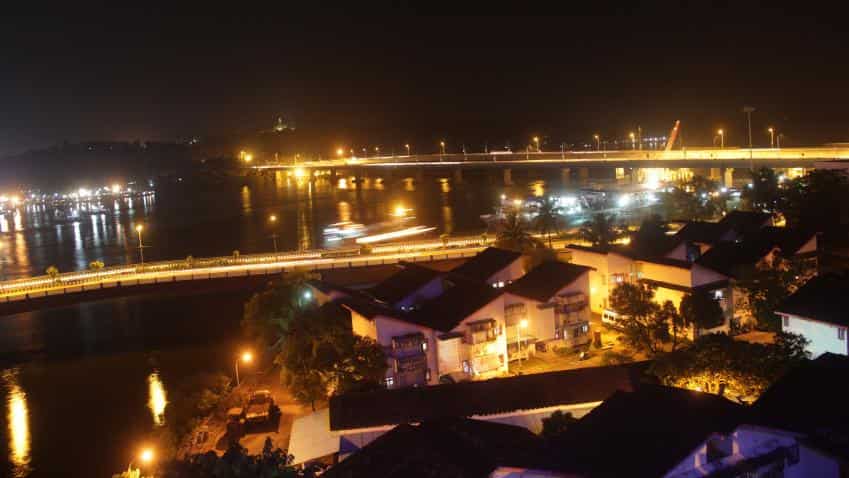 Those cities which miss out in the Fast Track Competition would be able to participate in the next round of competition with other cities. Photo: IANS
Written By: PTI
RELATED NEWS

Around 10 out of the 23 states and union territories which had missed out in the first reckoning of the Smart City Mission will again face similar fate as only 13 of them would qualify for the next round through a fast-track competition results for which will be out on Tuesday.

23 cities with the highest ranking from as many states and union terrritories, which failed to get representation in the first round of competition held in January participated in the 'Fast Track Competition'.

Only 12 states and UTs were represented in the first list of 20 mission cities announced in 'Smart City Challenge Competition' on January 28.

"Out of the 23 cities in the Fast Track Competition, only about 13 cities may qualify for smart city projects, results for which would be announced tomorrow," a source said.

Assured water and power supply, sanitation and solid waste management systems, efficient urban mobility and public transportation, IT connectivity, e-governance and citizen participation are some of the highlights of the smart city project.

Under the Smart City Mission, 100 cities across the country will be developed as smart cities by 2019-20 with the Union government providing financial support to the extent of Rs 48,000 crore over five years.

In the Fast Track Competition, four cities are from BJP- ruled states -- Harayana, Chhattisgarh, Goa and Jharkhand --while five cities in states, which are under Congress rule or its allies -- Manipur, Puducherry, Mizoram and Himachal Pradesh, and Uttarakhand.

Bhagalpur city in Bihar, where JD(U), RJD and Congress are coalition partners, Warangal in Telangana ruled by Rashtra Samithi; and Luknow in Samajwadi Party-ruled Uttar Pradesh, among others, are also contesting in this round.

In the first round announced in January, 13 cities out of the total 20 mission cities were from BJP and its allies ruled states of Odisha, Maharashtra, Rajasthan, Gujarat, Madhya Pradesh, Andhra Pradesh and Punjab, whereas two cities from Congress-ruled state of Karnataka. Kochi in Kerala, which went to CPI(M)-led LDF in the recent assembly election, and Guwahati in Assam, where BJP has dethroned Congress, were also selected in the first round of the competition.

Two cities--Chennai and Coimbatore--from Tamil Nadu, where AIADMK government was re-elected in recent assembly elections, and NDMC area of AAP-ruled Delhi were also selected in the first round of the mission.

Those cities which miss out in the Fast Track Competition would be able to participate in the next round of competition with other cities.

Each city selected in different rounds of competition will be given central assistance of Rs 200 crore in the first year and Rs 100 crore each during the subsequent three financial years. State governments and respective urban local bodies will provide matching funds to the same amount.