Sensex today: The benchmark indices on Friday rallied strongly tracking Asian peers following an overnight rally in US equities after soft inflation data in the world’s largest economy indicated that the Federal Reserve may not increase interest rates at a faster pace.

Market rallied supported by better quarter results and lower than expected US inflation which eased worries of faster rate hikes by Fed. Investors will closely watch data on domestic inflation and Karnataka election results which are due on next week. Surging oil prices and weak INR are expected to impact inflation while easing geopolitical tension will add fuel to the market.

Reliance Jio offer impact:  Bharti Airtel, Idea Cellular share prices tanked up to 8 per cent after their rival Reliance Jio Infocomm unveiled a new post-paid plan at almost half the price and with more data than those offered by Airtel, Idea or for that matter the non-listed telco Vodafone.

PC Jeweller share price pared all its early gains to lose over 5 per cent on Friday as the buyback announcement failed to maintain far less boost the momentum. The stock rallied as much as 18.2 per cent on the BSE in early trade after the company announced its board has approved buyback of shares worth Rs 424 crore at an attractive price of Rs 350 per unit, a premium of 67 per cent against its Thursday's closing.

Fortis Healthcare slipped over 3 per cent to Rs 147.20 after the company announced that it will recommend the offer proposed by the Munjal and the Burman family offices for the healthcare chain’s hospital and diagnostics businesses.

PC Jeweller to buy back shares worth Rs 424 crore

P C Jeweller on Thursday announced its board has approved buy-back of shares worth Rs 424 crore amid a sharp plunge in stock price in recent weeks. The shares will be bought back at Rs 350 per unit, which is 67 per cent higher than the closing price of Rs 209 apiece on the BSE today. Promoters will not participate in the buy-back process.

In a regulatory filing, the Delhi-based jeweller said the board at its meeting held today considered and approved the buy-back of up to 1,21,14,286 fully paid-up equity shares of Rs 10 each.

Bharti Airtel and Idea Cellular share prices tanked up to 7 per cent after rival Reliance Jio extended the price war by launching a fresh plan for the post-paid segment at almost half the price and with more data than those offered by Airtel and Idea.

Asian stocks near three-week top, dollar eases after US inflation

Asian markets started on a firm footing and the dollar eased on Friday as softer-than-forecast US inflation data tempered expectations for faster Federal Reserve interest rate rises this year. Investor sentiment also got a small boost after U.S. President Donald Trump said he had high hopes of “doing something very meaningful” to curtail North Korea’s nuclear ambitions at a summit in Singapore next month.

Clear signs of thawing relationships in the Korean peninsula and the prospect of still expansionary monetary policies in most of the developed world helped whet risk appetite, although concerns remained around U.S.-China trade skirmishes and rising tensions in the Middle East. MSCI’s broadest index of Asia-Pacific shares outside Japan rose for a second straight session to near three-week highs. 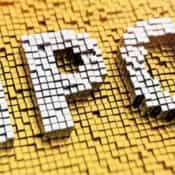 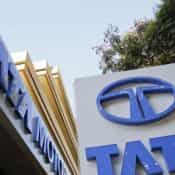 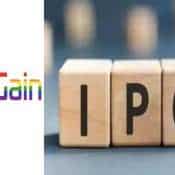 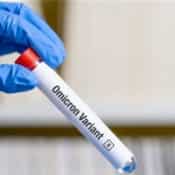