The stock market of India opened with some hiccups as the share market investors are looking at the Maharashtra and Haryana state assembly poll results with caution. The BSE Sensex after opening in the red zone soon came into the green zone and gained 120 points to 39,181 levels while the Nifty-50 index added 30 points to 11,634 levels. The Bank Nifty index soared 147 points to 29,606 levels.

Speaking on the volatile movement at the Indian stock market Prakash Pandey, MD & CEO at Plutus Advisors said, "The market is expected to remain in range-bound trade and the range will be 11,510 to 11,730 till the first half of the Thursday trading session. Breakage of any side depends upon the Maharashtra and Haryana state assembly poll results. In my opinion, Bank Nifty trade in F&O is strictly not advisable till 1:30 and investors should wait for the state assembly poll and then enter into Bank Nifty F&O."

In 90 seat Haryana assembly, the incumbent BJP and Congress are in a neck-to-neck fight. As the initial trends suggest, BJP is leading in 41 seats while the Congress party is leading in 39 seats. If the current trend continues and there is a hung mandate, then in that case newly formed JJP (Jannayak Janata Party) founded by Dushyant Chautala will have the key in government formation. The newly formed party after Dushyant Chautala's split from the INLD is leading on 10 seats.

The newly formed JJP founded by Dushyant Chautala who left the INLD after the family feud has hit INLD core votes very badly. The INLD bastion around Jhajjar as the INLD could manage to lead in only one seat.

As BJP is not able to touch the magic number of 45 seats in the Haryana Assembly poll counting, the market is reacting to that with selloff at the Dalal Street. The Sensex and Nifty have gone in the red zone while the Bank Nifty index has shed 85 points from its previous close.

Suggesting not to enter in an option trade in Bank Nifty in the first half of intraday rade, Prakash Pandey of Plutus Advisors said that the market is expected to remain volatile due to the nail-biting contest between BJP and Congress. However, the ruling BJP is near the magic number leading at 42 seats, the Dushyant Chautala's JJP has touched double-digit leading at 13 seats. So, in case of a hung assembly, the JJP may emerg as a 'King Maker' in Haryana politics. it also seems that the JJP has mainly hit INLD and Congress Party as JJP surged from 7 seats lead to 13 seats lead while the Congress party slipped from 39 seats lead to 27 seats lead. 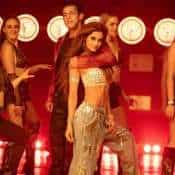 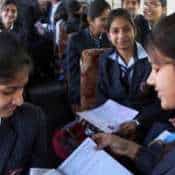 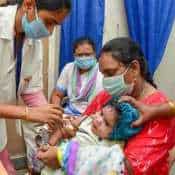 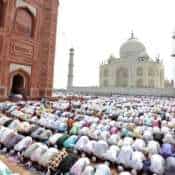 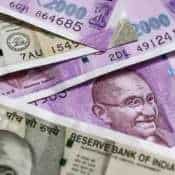 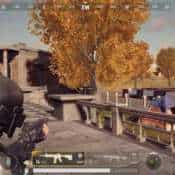