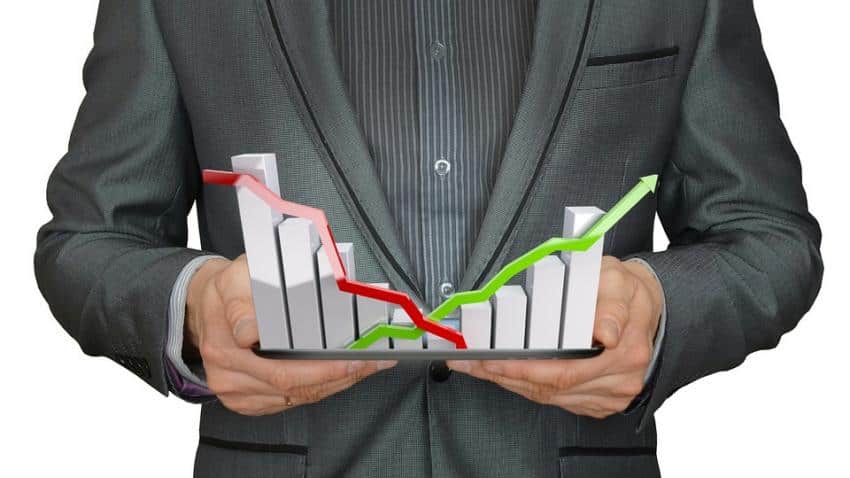 Sensex today: The benchmark indices pared all intraday gains after a strong rally on Tuesday as as BJP is still short of majority by at least six seats, while reports say Janata Dal (Secular) has agreed to side with the Congress as part of the deal that Congress will offer the chief minister’s position to JD(S)’s HD Kumaraswamy. A total of 222 of the 224 seats went for polls on May 12 involving a three-cornered contest between the ruling Congress, the BJP and former prime minister H D Deve Gowda's JD(S).

Meanwhile, investors await monsoon forecast by India Meteorological Department. IMD will share its forecast for arrival of monsoon in Kerala later in the day. Notably, private weather agency Skymet predicted the Southwest Monsoon to hit Kerala on May 28, four days ahead of its normal onset date. The normal date for onset of the monsoon in Kerala is June 1.

The equity benchmark indices ended a highly volatile session on a flat note. The Nifty index climbed nearly 1.1% during the day, touching a high of 10,929 on hopes of a BJP victory with majority in Karnataka elections. While the BJP emerged as the single largest party, it failed to attain majority, thus increasing the likelihood of a Congress-JD(S) alliance. This dampened the sentiments, as the index corrected sharply from the highs to end flat at 10,802. The broader market indices continued their underperformance, with the BSE Smallcap & Midcap falling by 0.6% & 0.7% respectively. Amongst the sectoral indices, which exhibited a mixed trend, IT and Metals outperformed, while Realty, Auto & Healthcare emerged as the top losers. Amongst the global markets, the Asian indices closed in the red, while the European markets were trading flat to marginally in the green.

The ongoing corporate earnings season and global developments are likely to dictate the market trend in the near term. With more results scheduled in the next 1-2 weeks, stock specific volatility is likely to remain high. Behaviour of crude oil prices and currency movement will be closely monitored by the market participants. Traders should strictly hedge their leveraged positions.

PNB revives plans to launch insurance arm's IPO, but is yet to file papers with Sebi

Punjab National Bank (PNB) has revived plans to list PNB Met Life, its insurance arm, which were delayed due to PNB being hit by Nirav Modi scam in February this year. A report in ET said  PNB Metlife informed the insurance regulator about the initial public offering and its plans to raise funds by selling a stake, reported ET, quoting a person close to the development. “The company is yet to file the papers with regulator."

Responding to ET's query on its IPO plans, the company said it is committed to enhancing shareholder/investor value as a professionally managed institution. However, it refrained from divulging details of the IPO plans.

The markets pared most intraday gains as BJP is still short of majority by at least six seats. Meanwhile, reports say Janata Dal (Secular) has agreed to side with the Congress. As part of the deal, Congress is believed to have offered the chief minister’s position to JD(S)’s HD Kumaraswamy, add reports.

The National Company Law Tribunal (NCLT) today approved Tata Steel's bid for debt-ridden Bhushan Steel. The tribunal also dismissed a plea filed by the employees of Bhushan Steel opposing Tata Steel's bid and imposed a fine of Rs 1 lakh. Reacting to this, Tata Steel share price rallied over 3 per cent on the BSE.

The Sensex and Nifty may have lost momentum after initial joy on BJP's likely victory in Karnataka state assembly election 2018, but there is one stock that rallied a whopping 13 per cent as power change in Karnataka is all set to unlock value for not just this company, but an entire group of companies. The group is none other than Kalyani Group, a $2.5 billion diversified Indian multi-national business conglomerate, and BF Utilities is the company that stand to gain the most. BF Utilities share price rallied as much as 12.90 per cent to Rs 444 on the BSE. Other Kalyani Group stocks that advanced include BF Investment (up 13 per cent), Kalyani Investment Company (up 5 per cent) and Kalyani Steels (up 7.4 per cent).

The Nifty bank index climbed as much as 1.9 percent to hit its highest level since Feb. 2, on track for a third straight session of gains. HDFC Bank Ltd gained over 2 percent to hit an all-time high.

Hindustan Unilever share price hits 52-week high; Here is why you should 'Buy'

Hindustan Unilever share price rallied more than 2 per cent to hit its 52-week high on Tuesday after the company posted robust earnings for the quarter ended March. HUL on Monday reported 14.2 per cent increase in its standalone net profit to Rs 1,351 crore for the fourth quarter ended March 31, driven by a strong double digit volume growth. Reacting to the numbers, the stock of the company jumped as much as 2.54 per cent to touch a high of Rs 1,543.25 on the BSE. Similar movement was seen on the NSE as well, where the stock soared to its 52-week high of Rs 1,542.40, up 2.58 per cent over its previous closing price.

Karnataka result: BJP is leading in 113 seats, Congress in 60 and JDS in 46. BJP is set to form govt in Karnataka now. In first result to be declared, Congress leader UT Abdul Khader has been declared winner from Mangalore constituency. Siddaramaiah trailing from Chamundeshwari by over 12,000 votes, but leading in Badami by a small margin of 160 votes.

Karnataka Assembly poll trends available for 168 out of 222 seats at 1000 hours. 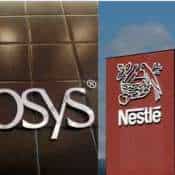 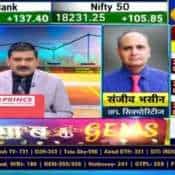 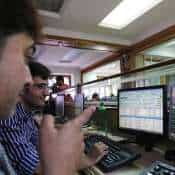 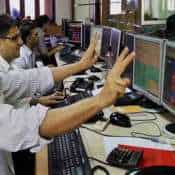 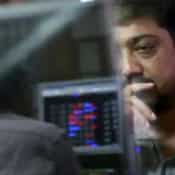 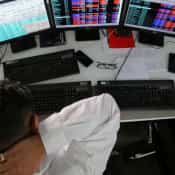