Sensex today: The benchmark indices ended flat on Friday, tracking negative trend in global markets after Asian markets and US futures slipped as US President Donald Trump proposed additional tariffs on China, aggravating trade tensions and smothering a revival in broader investor risk appetite. The Sensex ended at 33,626, up 30.17 points, while the broader Nifty50 closed at 10,331, up 6.45 points. In the broader market, the BSE Midcap and the BSE Smallcap indices gained 0.6 per cent each.

Trump said on Thursday that he had directed US trade officials to identify tariffs on $100 billion worth additional Chinese imports, escalating the dispute between the world’s two largest economies. Asia shares ex-Japan slipped 0.13 per cent, while US stock futures fell more than 1 percent. Global markets have been volatile this week amid the back-and-forth of the US-China trade conflict.

Losses may however get capped by positive sentiment created by RBI monetary policy which sounded dovish and triggered a sharp rally in the previous session. "The RBI has left the repo rate unchanged at 6% as was widely expected. However, the policy undertone was more neutral this time versus the hawkish stance in the previous policy. Specifically, CPI projection for FY19 has been marked down by ~30‐40bps to 4.6%, reflecting the downward surprise in the incoming data in recent months. Still, the RBI feels that the risks are tilted to the upside given uncertainty around MSP hikes, fiscal slippage and crude oil prices. Meanwhile, the policymakers see the growth momentum picking up helped by early signs of capex revival and improving global demand, although GDP forecast for FY19 has been retained at 7.4%. Overall, it was a status quo policy review with neutral bias. We continue to expect a pause in the rates going forward as well," said Edelweiss Securities.

Overseas, global markets fell after US President Donald Trump’s threat to impose an extra $100 billion in tariffs on China exacerbated fears of a more serious trade dispute, while the dollar paused ahead of crucial US payrolls data.
European shares followed their Asian counterparts into the red but the falls were limited, and the broader ups and downs for markets this week suggest investors are not yet convinced the row will escalate into a full-blown trade war that threatens global economic growth.

The MSCI World Index slipped 0.15 per cent while S&P 500 E-mini futures were down 1 per cent, pointing to a lower start for Wall Street when it opens.

Market was range bound as investors are still nervous about global trade tensions while better domestic triggers is providing support. Focus has shifted to earnings growth which is at an early stage of revival, any scope of upgrade will subside volatility due to global headwinds. PSU Banks & Pharma stocks outperformed due to gradual accumulation and USFDA approvals.

Reliance Communications rallied over 4 per cent after Supreme Court allowed the Anil Ambani-owned telco to sell most of its assets to Reliance Jio Infocomm to pare its nearly Rs 45,000-crore debt. However, RCom will require separate approval for selling tower and fibre assets, from the National Company Law Appellate Tribunal (NCLAT).

After a 5 per cent rally in the previous session, Nifty PSU Bank shed over 1 per cent and was the top sectoral loser among NSE indices. Bank of India, Oriental Bank, Union Bank and IDBI shed the most, slipping up to 2 per cent.

We think the RBI has erred on the side of dovishness despite uncertainties to both the growth and inflation outlook. It could be that the central bank has found comfort that these risks can be managed. The downward revision in inflation projection and more conviction in the growth recovery is a signal that the RBI is likely to stay on hold through the year. Despite this, we believe that market rates will be higher than 6 months ago given stricter NPA rule on the banking sector and lingering fiscal concerns. GST collection improvement is the next big trigger for market interest rates.

In the last two sessions, the Nifty has managed a ‘V’ shape recovery. On a strong day, the Nifty breached its immediate Downward Sloping Line and surpassed its immediate resistance of 10280. However, it has closed around its minute resistance of 10350. Overall bias remains positive and sustainability above 10350 can lead to further upside up to 10420 - around which the index could witness stiff resistance. On downside, 10220 and 10120 seem to be good support levels.

US stock futures slid and the yen rose against the dollar on Friday after U.S. President Donald Trump proposed additional tariffs on China, aggravating trade tensions and smothering a revival in broader investor risk appetite. MSCI’s broadest index of Asia-Pacific shares outside Japan lost 0.25 percent. The index has spent the week swinging wildly in and out of negative territory amid the back-and-forth of the U.S.-China trade dispute.

The Dow and the S&P 500 posted gains for a third day in a row on Thursday, the longest stretch of gains in about a month, as investor fears of an escalating trade conflict between the United States and China abated, turning the focus to upcoming earnings.

Trade tensions, however, returned to the fore after Trump said late on Thursday that he had instructed US trade officials to consider $100 billion in additional tariffs on China, fuelling the trade dispute between the world’s two economic superpowers.

The benchmark indices ended higher on Thursday after the Reserve Bank of India (RBI) maintained status quo in its first bi-monthly monetary policy review of 2018-19 in line with the expectations. The Sensex ended at 33,596, up 577.73 points, while the broader Nifty50 closed at 10,325, up 196.75 points. Stocks from the rate sensitive sectors rallied. Nifty Bank, Nifty Auto and Nifty Realty indices gained up to 3 per cent. Nifty PSU Bank rallied 5 per cent, top sectoral gainer.

In the broader market, the BSE Midcap and the BSE Smallcap indices outperformed to rally nearly 2 per cent each. Market breadth, indicating the overall health of the market, remained positive. On the BSE, 2,071 stocks rallied, 631 stocks declined, while 133 stocks remained unchanged. 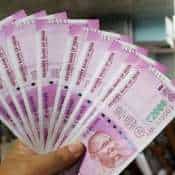 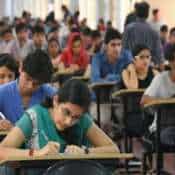 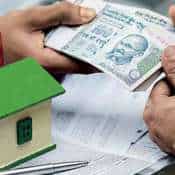 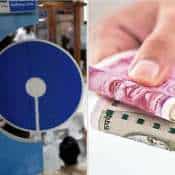 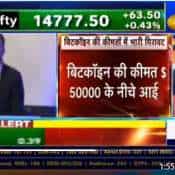