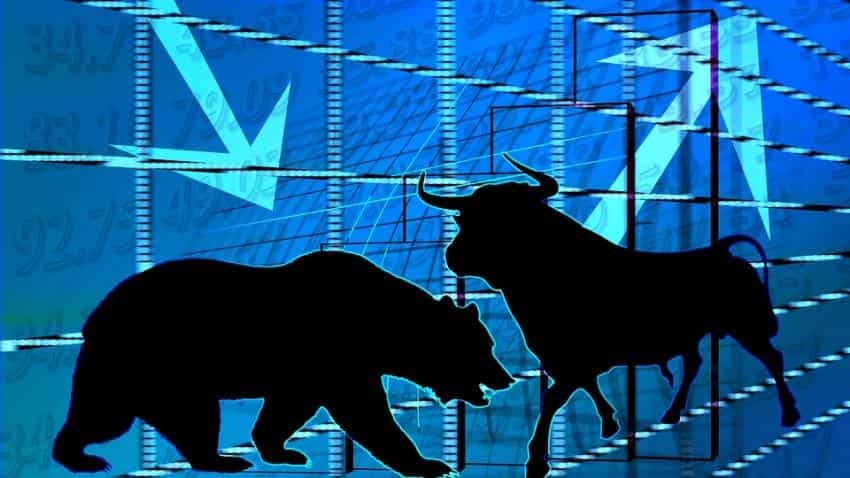 Sensex today: The benchmark indices pared some gains to settle flat after investors booked profits in index heavyweight Tata Consultancy Services (TCS), which hit a record high, becoming India's first company in a decade to cross the $100 billion mark. The Sensex ended at 34,450, up 35.19 points, while the broader Nifty50 closed at 10,584, up 20.65 points.

In the broader market, the BSE Midcap and the BSE Smallcap indices soared 0.5 per cent each. Market breadth, indicating the overall health of the market turned positive. On the BSE, 1,391 stocks rallied, 1,293 stocks declined, while 163 stocks remained unchanged.

Meanwhile, the rupee fell to as low as 66.235 against the dollar, its weakest level since March last year. It has fallen 1.5 per cent so far this month.

Overseas, world stocks slipped as investors braced for a blizzard of earnings from the world’s largest firms, while keeping a wary eye on US bond yields as they approach peaks that have triggered market spasms in the past. The yield on 10-year US Treasuries hit its highest level since January 2014 at 2.9790 per cent in early European trade, as the spread over the German equivalent briefly touched its widest level in 29 years.

MSCI’s world index fell 0.2 per cent after Asia shed 0.5 per cent overnight and Europe then slipped 0.3 per cent as results from Switzerland’s biggest bank, UBS, disappointed and the rise in yields put pressure on bond-proxy sectors.

E-Mini futures for the S&P 500 were also pointing to lower start for Wall Street later. More than 180 companies in the S&P 500 are due to report results this week including Amazon, Alphabet, Facebook, Microsoft, Boeing and Chevron.

Tata Consultancy Services (TCS) became India's first company to cross the $100 billion mark in terms of market capitalisation after the stock surged over 2 per cent to hit its fresh lifetime high of Rs 3500 on the BSE. The stock had surged a whopping 7 per cent in Friday's trade after the IT major reported a 4.4 per cent growth in its consolidated net profit at Rs 6,904 crore for the March 2018 quarter and its board recommended a 1:1 bonus share issue, along with Rs 29 per share dividend.

For the past 4 weeks, the Nifty has posted decent gain from the low of 9958 to 10596. It has gained 638 points or 6.41%. In the month gone by, the Top 3 sectors were IT, Metals and FMCG and laggards included PSBs, Energy and Realty. Weekly candle ended on a bullish note but looking at daily charts, the index witnessed mild slackness in the second half of Friday, as it formed very small inside and indecisive candles. Momentum oscillator RSI is at 62.70, which has improved but its slop is more flattish due to lackluster movement of the index. Going forward, the Nifty is likely to retain its strength. Immediate hurdle can be seen at 10630, which is the upper end of the past consolidation range. The next hurdle can be around 10700. On downside, support lies at 10440 and 10280.

The benchmark indices slipped on Friday as minutes of the Reserve Bank of India’s monetary policy meeting stoked expectations of an interest rate hike, with losses in banking stocks and metals overshadowing gains in information technology stocks. Index heavyweight Tata Consultancy Services kept extending gains with the stock hitting an intraday high of Rs 3421.25, up 7.2 per cent, following a robust earnings in March quarter of financial year 2017-18. The stock settled at Rs 3412, up 6.9 per cent on the BSE. 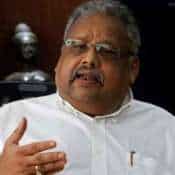 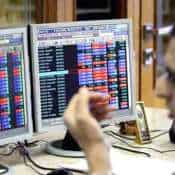 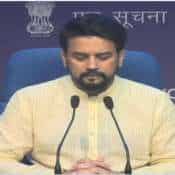 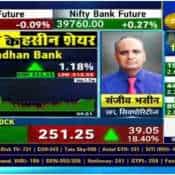 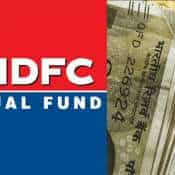 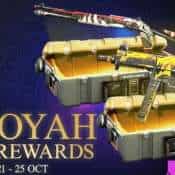