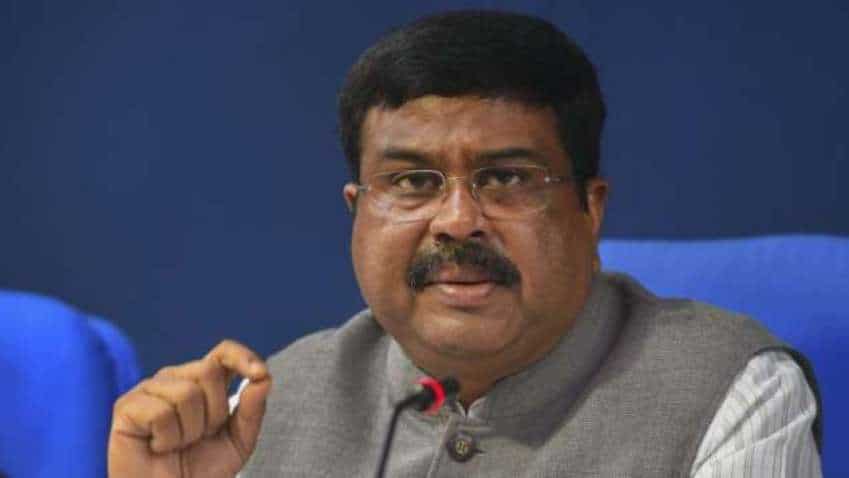 State government passed the ordinance on September 4 to amend the Odisha Universities Act, 1989 without any discussion in the state Assembly. Source: PTI
Written By: PTI
Edited By: ZeeBiz WebTeam
RELATED NEWS

Indian Gas Exchange (IGX): All set for launch! What you should know about natural gas trading

Union Minister Dharmendra Pradhan on Tuesday sought the Centre's intervention to safeguard the interests of students and faculty of universities in Odisha saying amendment of a law through an ordinance by the state government has stripped the academic institutions of their autonomy.

The state government passed the ordinance on September 4 to amend the Odisha Universities Act, 1989 without any discussion in the state Assembly, the petroleum and steel minister said in a letter to Union Education Minister Ramesh Pokhriyal Nishank.

Pradhan, who hails from Odisha, said the "unprecedented" amendment seeks to completely upend the higher education ecosystem in the state and has been criticised by its academic community for the drastic and regressive changes.

Stating that he has received a representation from two academicians, the union minister said they have contended that the amendment has stripped the universities of their autonomy by bringing them under the government's higher education department.

The universities' apex body - the senate - has been replaced with the bureaucratic syndicate which will effectively be run by government appointed nominees, while the appointment of vice-chancellor has been restricted by forced entry of a nominee in the search committee, Pradhan said in the letter, the copy of which was released to the media.

This apart, the academic sanctity of staff appointments has been dismantled by forced recruitment of professors, assistant professors and other faculty through Odisha Public Service Commission and non-teaching staff through State Selection Board and not through the selection committee headed by the vice-chancellor concerned, he said.

Removal of the provision of tabling the university audit report in the Assembly has crippled the constitutional process of discussion and scrutiny of the utilisation of funds, he said.

"These changes are in contradiction with extant practices in other states and with Education being a concurrent subject, incongruous with Central Government policies," Pradhan said in the letter.

Going by the Supreme Court judgment in the Osmania University Teachers' Union vs Andhra Pradesh government case, the ordinance is liable to be struck down by the court, the union minister said.

The Odisha Universities (Amendment) Ordinance, 2020 is contrary to the vision of Prime Minister Narendra Modi enshrined in the National Education Policy to promote autonomy of academic institutions to pursue excellence in teaching and research, he asserted.

"Therefore, I request your personal intervention in the above raised matter for safeguarding the best interests of students, faculty and staff of Universities in Odisha," Pradhan added.

Indian Gas Exchange (IGX): All set for launch! What you should know about natural gas trading

We are adopting a partner-led strategy in our business: Ramesh Iyer, Mahindra Finance