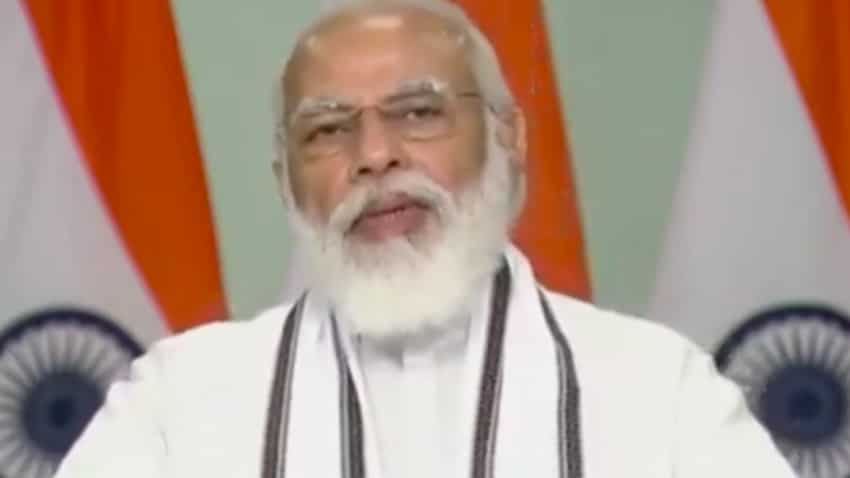 The Prime Minister added that it is important to talk about the new policy and spread more awareness around it. Source - Video Grab.
Written By: ZeeBiz WebTeam
Edited By: Harish Dugh
RELATED NEWS

The recently approved national education policy will lay foundation for India in 21st century, thereby helping transform it into a new India, said Prime Minister Narendra Modi on Friday afternoon. Addressing ‘Conclave on Transformational Reforms in Higher Education under National Education Policy’, the prime minister said that this platform will help country’s education ecosystem to understand the National Education Policy and its fundamentals.

“Every country combines its education policy with its national values and adds newer reforms, while keeping the national goals in mind. The aim is to ensure than the education system keeps both present and future generations, future ready. India’s national education policy is also based on the same though. It will lay the foundation for New India,” PM Modi said.

The Prime Minister added that it is important to talk about the new policy and spread more awareness around it. He said that information will help in better implementation of the policy.

“The policy was approved after three to four years of discussions and thought. Today, everyone in the country is talking about it. People from different walks of life have their views and suggestions too. This is a healthy debate. It will only benefit the education sector of India,” PM Modi added.

He said that a lot of people are questioning how the policy will be implemented. PM said anybody working in the education sector will have an important role to play in the implementation.

“As far as the political will goes, I am with you,” PM Modi said.

The prime minister said that he was really happy to see that when the NEP was announced, no one complained that it is biased in any way.