The Board of Directors of ZEEL unanimously provided an in-principal approval for the merger between SPNI and ZEEL. 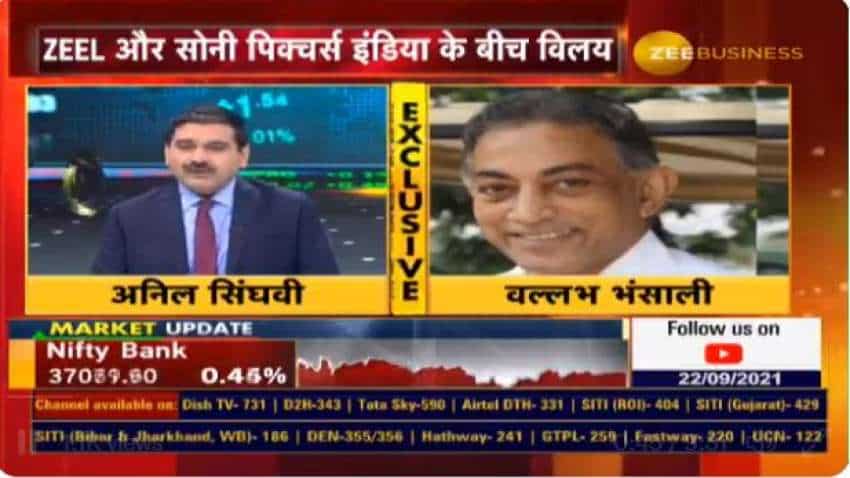 The merged entity will be a publicly listed Company in India.
Reported By: ZeeBiz WebTeam
Edited By: Shivendra Kumar

Bhansali said that it will find a place in institutional portfolios as there is no other stock like it in the media space and will make it a “must-have” stock. “This is a good merger not just in size, but in complementarity,” he added.

The Board of Directors of ZEEL unanimously provided an in-principal approval for the merger between SPNI and ZEEL. The Board has evaluated not only on financial parameters but also on the strategic value which the partner brings to the table, the company said in a statement.

The merged entity will have a fine balance of entrepreneurship and professionalisation, Bhansali said adding that the minority shareholder will be the biggest gainers.

The investors must now realise that they will be holding shares of a company (merged entity) which will be much bigger, more professional and part of a multi-national company.

The merged entity will be a publicly listed Company in India.

Bhansali said that Punit Goenka’s continuation as a Managing Director (MD) and Chief Executive Officer (CEO) will be a plus.

He said that Goenka is rated very highly in the industry. It is only logical to see Punit Goenka at the helm, considering that the culture in both companies is enterprising.

Bhansali called it the biggest merger in the media space and said that both companies stand to gain from the ground level.

Likening it to the Walt Disney- Star deal, the Enam Group Chairman said that this mega-merger will set trends and could lead to many more consolidations in the future. He said that as the economy matures and the consumer market develops, such consolidations go up.

As a caveat, he said that he has been associated with Zee for a long period.

He further said that the deal will also offer advertisers, a good platform.

Sony’s strength lies in its humor genre while Zee is a family entertainment channel with many regional channels.

The chance of overlapping is minimum, and benefits are maximum, he opined. This deal will also reduce the operating cost.