The platform will offer Indian and international movies and TV shows, music, live TV, and health and lifestyle content across 12 languages 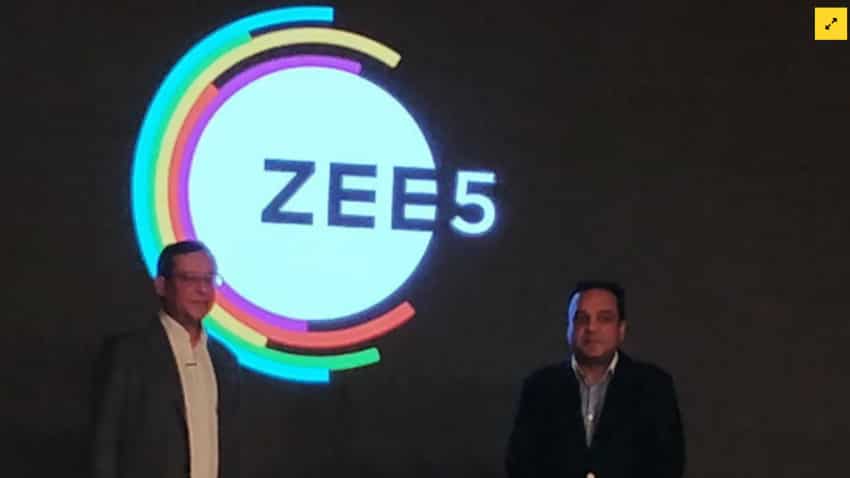 The platform will offer Indian and international movies and TV shows, music, live TV, and health and lifestyle content across 12 languages.

Beginning today, ZEE5 will be the one-stop digital destination for ZEE Entertainment, a global Media and Entertainment powerhouse, Zee Entertainment Enterprises said in a statement.

ZEE5 addresses the entertainment demands of a new India that is increasingly digital savvy and globally connected, yet fundamentally rooted in its culture.

With ‘Language’ as the core proposition embodied across the entire content and user experience, ZEE5 truly caters to an India without boundaries, the statement said.

Looking forward to the launch of #ZEE5 tomorrow! Must say that under the leadership of @AmitGoenka_, the product has been built remarkably. Can't wait to share it with you guys! Just a day more and it'll be across all platforms.

“With the launch of ZEE5 we see ourselves catapulting into the next phase of growth,” said Amit Goenka, CEO of ZEE International and Z5 Global.

“Digital will play a critical role in fuelling growth and we wanted to ensure that we had a strong offering and presence in the (digital content) space. As a global content company, our biggest strength is how well we understand our consumers and translate this into content they love," Goenka said.

“To us, ZEE5 is the platform on which this content will be readily available to the world. Every aspect of ZEE5 is based on our deep understanding of our consumers and their local ecosystem. ZEE5, while phenomenally easy to use, banks on superbly sophisticated technology to create this ease. It is both local and global at the same time and we know it is going to change the way you watch content.”

“The launch of ZEE5 further strengthens us as a media and entertainment powerhouse. A blend of unrivalled content offering and robust technology are the foundation of this all-new digital offering from our end. We have invested immense amount of time and energy in creating and acquiring rich and engaging content for ZEE5, which I’m sure will be cherished by our viewers across the nation and worldwide” said Punit Goenka, MD & CEO of Zee Entertainment Enterprises Ltd.