For the whole financial year, the company reported Profit After Tax of Rs 2220.5 crore as against Rs 823.7 crore in the previous fiscal. 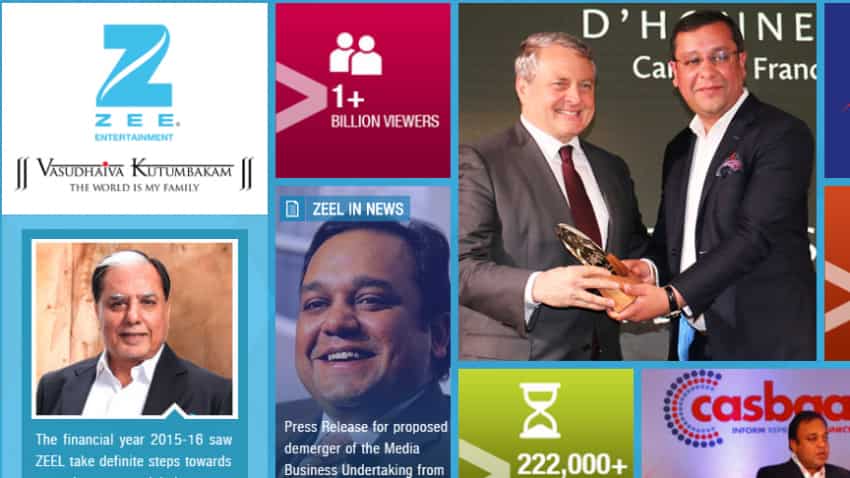 Media and Entertainment major Zee Entertainment on Wednesday announced its financial result for the quarter ended on March 31. The company reported a net profit of Rs 1,514.22 crore, a jump of 568.5% as against Rs 226.5 crore during the same period last year.

For the whole financial year, the company reported Profit After Tax of Rs 2220.5 crore as against Rs 823.7 crore in the previous fiscal.

Moreover, the company registered a consolidated revenue of Rs 1528 crore in Q4FY17. Earnings Before Interest, Tax, Depreciation and Amortization (EBITDA) was at Rs 4,68.7 crore.  EBITDA margin for the quarter stood at 30.7%.

Commenting on the performance of the company, Subhash Chandra, Chairman, ZEEL, commented, “The Indian economy has exhibited strong resilience with GDP growth of 7% in Q3FY17 despite demonetisation of high value currency. Implementation of Goods and Services Tax (GST) would unify India into one market. This along with other reforms and push on infrastructure would accelerate growth from already healthy levels. A normal monsoon as forecasted by IMD could give a fillip to rural consumption.”

ZEEL’s consolidated advertising revenue in Q4FY17 was flat on YoY basis at Rs 8,46.9 crore. Domestic advertising growth was 8.1% YoY despite the negative impact of demonetisation.

Advertising revenue of international business was impacted by country specific issues during the quarter and the base quarter revenue was aided by telecast of popular cricket events
in Pakistan, the company said.

On a full year basis, the advertising revenue grew by 9.2% in FY2017 to Rs 3673.5 crore driven by strong performance of our regional channels and cinema cluster. While growth in H1FY17 was 17.4%, H2FY17 was impacted by demonetization and sale of sports business.