Yes Bank share price under pressure, but losses limited due to this positive; what you should do

Much to its shareholders' relief, Yes Bank share price recovered sharply and turned around at 9.43 a.m on Monday, paring some of its losses to trade 3.75 per cent lower at Rs 64.10 apiece, as against a 0.5 per cent rise in the benchmark S&P BSE Sensex. 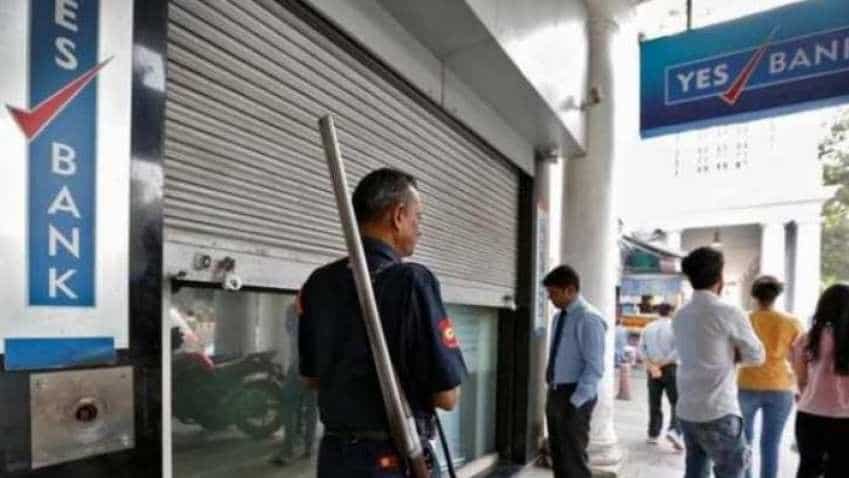 Yes Bank has confirmed that it may lock-in a deal of Rs 1.2 billion (about Rs 8,462 crore) with the North American investors by December this year. Reuters
Written By: Hardik Bansal
Edited By: Harish Dugh
RELATED NEWS

Private lender Yes Bank share price started Monday's trade on a weak note after reporting Rs 600 crore net loss in the September quarter of this financial year. Yes Bank share price fell as much as 10 per cent on Monday. However, it was not all doom and gloom today as it did manage a recovery. However, this came after the some very positive news emerged about possibility of getting funds from a big international investor powered the stock  on Friday and caused it to jump over 35% even though it closed the day lower. Today investors have shown that they are not happy with the quarterly results and are looking for some concrete developments to emerge about the exact nature of the global investor and that too soon. Yes Bank has confirmed that it may lock-in a deal of Rs 1.2 billion (about Rs 8,462 crore) with the North American investors by December this year.

Santosh Meena, Sr. Analyst, TradingBells told Zee Business Online, ''Technically, 79-81 is a critical resistance zone which is also near the previous QIP price of 87, therefore, it is difficult to see further upside from here in the near term. In the short term, investors should avoid any long position at the current level while a correction in the 60-55 zone will be a better opportunity to take a risk as a long term bet. Though YES Bank shares have now recovered more than 150 per cent from its 52-week low of Rs 29.05, hit on October 1 and its positive that the lender has been trying to raise capital to fight off the liquidity issues.''

Zee Business Managing Editor, Anil Singhvi has said that Yes Bank's Q2 results are very poor and were unexpected by the street. This may go against the positive trades in the near future. Still, it is the only private sector bank that is trading below its book value. But if an investor is ready to risk this huge chunk of money in Yes Bank, it means that they are seeing something extraordinary. The confidence shown by these investors will definitely work wonders for the bank in the future.

Yes, Bank, which was started about 15 years ago is facing a crisis period, losing more than 90 percent capital in just one year. At the same time, the stock also dropped from Rs 400 to Rs 40 with market cap dropping by Rs 70,000 crore so far. YES, Bank stock has climbed today backed by a binding offer by the global investors. The private lender is already seeking capital for growth as well as liquidity. Though the events depend upon the regularity approvals as well as further developments, the news has brought a ray of hope for the bank as well as stakeholders.

Covid-19: US reports about 300,000 more deaths than usual during coronavirus pandemic - CDC