Samsung and Xiaomi shipped 9.4 million and 9.2 million units, respectively and accounted for almost half of the total market in India. 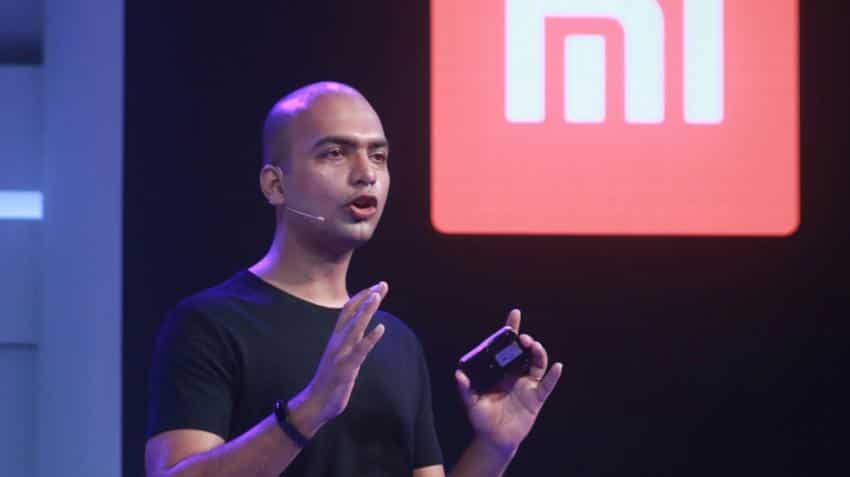 India has overtaken US to become the second largest smartphone market in the world after China. After a wobble in Q2 2017, India’s smartphone market recovered quickly, with shipments growing 23% year on year in Q3 2017 to reach just over 40 million units, according to research firm Canalys. 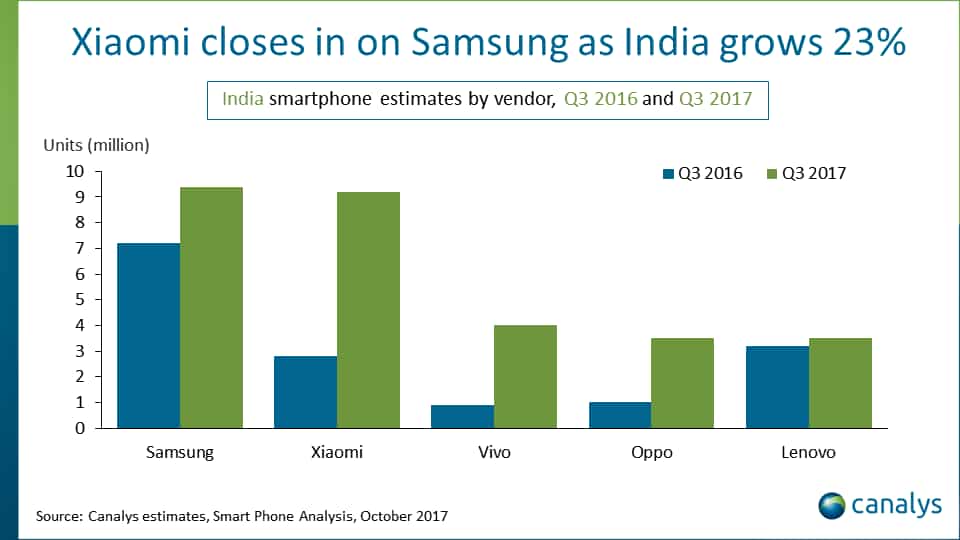 While Samsung still remained the top smartphone vendor in India, Xiaomi however came close on the heels as the Indian market saw a massive 23% growth.

Xiaomi sales smartphone shipments grew to 9.2 million units in Q3 2017 from nearly 3 million in the same quarter from Q3 2016.

Samsung, on the other hand, saw its shipments grow to 9.4 million units in Q3 2017 from just over 7 million units shipped to the country in the same quarter last year.

Canalys Analyst Rushabh Doshi said, “Xiaomi’s growth is a clear example of how a successful online brand can effectively enter the offline market while maintaining low overheads. But Xiaomi focuses on the low end. It struggles in the mid-range (devices priced between Rs 15,000 and Rs 20,000), where Samsung, Oppo and Vivo are particularly strong. Nevertheless, we predict Xiaomi’s continued go-to-market innovations will allow it to overtake Samsung within a couple of quarters.”

Chinese smartphone vendors continued to see their dominance grow in the Indian market as Vivo and Oppo posted a good growth during the quarter.

Lenovo's shipments was nearly on the same level as Oppo during Q3 2017. However, it saw very little growth from Q3 last year.

Apple began local production in India earlier this year, and its iPhone shipments more than doubled to 900,000 units in Q3 2017 compared with Q3 2016, impressive growth in a market that is skewed toward low-end smartphones.

“This growth comes as a relief to the smartphone industry. Doubts about India’s market potential are clearly dispelled by this result. There are close to 100 mobile device brands sold in India, with more vendors arriving every quarter. In addition, India has one of the most complex channel landscapes, but with low barriers to entry. Growth will continue. Low smartphone penetration and the explosion of LTE are the main drivers,” said Canalys Research Analyst Ishan Dutt.

After a rocky start to GST, the market has shown strong signs of stability in Q3, with most of the channel adapting to the new rules on time.

Doshi said that the Indian market is proving very strong in the second half of 2017, now that the twin shocks of GST and demonetisation are behind it.

“Reduced indirect taxes have added new equity to the market, with distributors and retailers able to serve areas beyond their home regions as inter-state operations become easier. As the infrastructure matures, consolidation in distribution is inevitable,” said Doshi.