Indian IT major Wipro Tuesday said its divestment of Workday and Cornerstone On Demand business to Illinois-based Alight has been almost completed and it has received USD 95.27 million from the transaction. 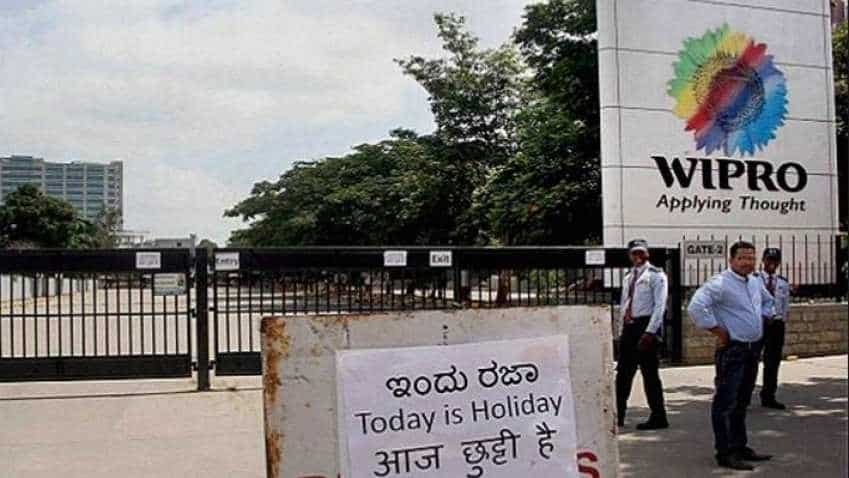 The divestment of Wipro's Workday and Cornerstone On Demand Business in various jurisdictions, except Portugal, France and Sweden, has been completed effective March 31, 2019. Image source: PTI
Written By: PTI
RELATED NEWS

While USD 100 million was to be paid at closing, the balance USD 10 million is slated to be a deferred consideration payable at the end of 12 months based on achievement of targets. "...The divestment of Wipro's Workday and Cornerstone On Demand Business in various jurisdictions, except Portugal, France and Sweden, has been completed effective March 31, 2019, and aggregate consideration of USD 95.27 million out of USD 100 million has been received towards the same," Wipro said in a regulatory filing.

The impact of this divestment is expected to reflect in the financials of the company for the quarter and year ended March 31, 2019, it added. Wipro said the divestment of Workday and Cornerstone On Demand business in Portugal, France and Sweden is likely to be completed during the quarter ending June 30, 2019, subject to completion of requisite regulatory formalities and customary closing conditions.

Upon completion of such divestment, Wipro will receive the remaining consideration of USD 4.73 million from Alight Solutions LLC and its group companies, the filing said. Wipro, in February, had said the divestiture will result in approximately 350 employees in Wipro's Workday and Cornerstone On Demand teams moving to Alight.

Standalone revenue of the business was USD 49.7 million for 2017-18 (0.6 per cent of Wipro's consolidated revenue for the said fiscal). In July last year, the Bengaluru-based firm had partnered Alight Solutions to take over the latter's captive operations in India - Alight HR

Services India - for a consideration of USD 117 million. In September, Wipro had bagged an over USD 1.5 billion engagement from Alight Solutions LLC, its biggest deal till date. Wipro had acquired the Workday and Cornerstone On Demand business as part of its Appirio buyout. The said business has multiple customers across the US, Europe, the Middle East and Africa.