The stock of Wipro was trading low at 1.15% to Rs 258.80 in the early morning trade on Tuesday a day after it said that it was yet determine the payable date and ex-dividend date for its ADR bonus issue. 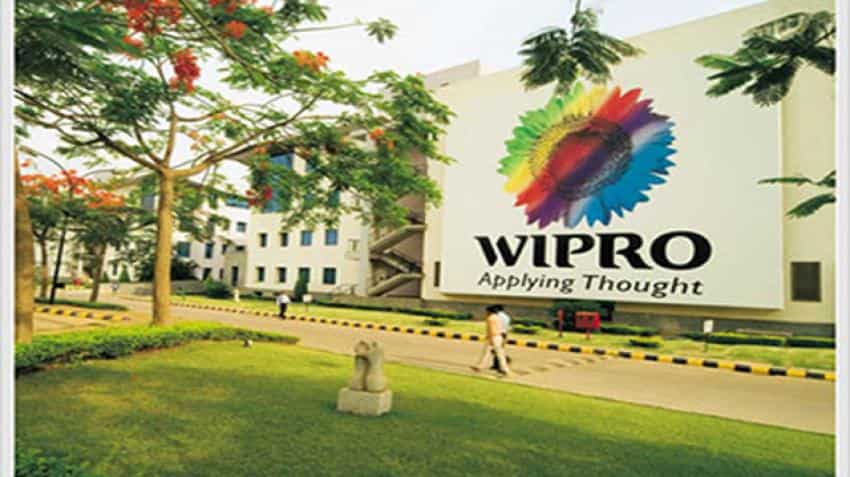 The stock of Wipro was trading low at 1.15% to Rs 258.80 as compared to its previous close of Rs 263.15 in the morning trade on BSE. Representational Image. Image Source: Wipro/Official Website
Written By: ZeeBiz WebTeam
RELATED NEWS

2. The payable date and ex-dividend date for its ADR bonus issue, or stock dividend, are yet to be determined, cited Wipro on Monday

A day after Wipro announced that payable date for its American Depository Receipts (ADRs) bonus issue was not yet determined, the stock of the company was trading down over 1% in the early morning trade on BSE on Tuesday.

The clarification from India`s third-largest software services company came after its US-listed shares slumped nearly 49% to $5.35 in premarket trading on Monday, Reuters reported.

"The company felt that it was important to clarify to the market that the payable date and ex-dividend date for its ADR bonus issue, or stock dividend, are yet to be determined," the news report said quoting Wipro, as saying.

According to the report, Wipro, in May, told its investors that the board has fixed June 14 as the record date to determine eligible shareholders entitled to receive bonus share equity for its Indian-listed shares.

In April, the company announced the issue of bonus shares in 1:1 ratio and said that its board would also consider a proposal for buyback of shares around July, it said.

Wipro`s US-listed shares have been down nearly 6% over the past four sessions, following media reports of a sale of a part or whole company. However, the company denied the news reports last week, according to the news agency report.

Like other Indian software services exporters, Wipro has been struggling with US President Donald Trump`s tough stance on H-1B visa rules, cited the report.

Trump has ordered a review of the US visa programme that brings high-skilled foreign workers into the country, potentially affecting hiring plans of technology firms and outsourcing companies.