All passengers and crew of the two aircraft were reported safe, the airline said in a statement. 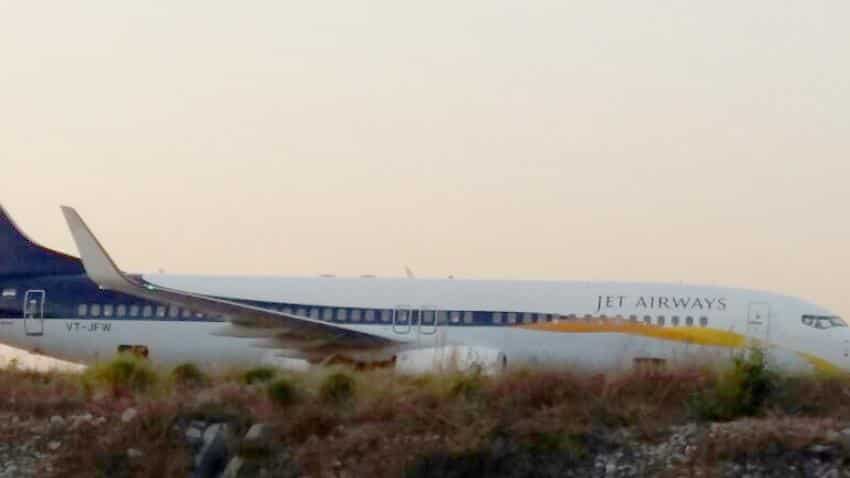 Engineers of the Jet Airways are inspecting the aircraft. Photo: IANS
Written By: PTI
RELATED NEWS

In a serious breach of aviation safety precautions, two Jet Airways aircraft on Sunday came so close on the runway at the Delhi airport that their wings brushed against each other, prompting the airline to de-roster the pilots.

All passengers and crew of the two aircraft were reported safe, the airline said in a statement. The incident happened when one of the planes was taxiing and the other was getting ready for take off.

The Air Traffic Control (ATC) gave permission to Jet Airways 9W 730 from Delhi to Patna for taxiing on runway 29 at 2.48 PM. It then allowed the airlines' 9W 603 flight from Delhi to Srinagar to taxi on the same runway at 2.53 PM.

The airline said regulatory authorities have been informed about the incident and cockpit crew of the two aircraft taken off duty pending investigation.

Engineers of the Jet Airways are inspecting the aircraft, an official statement said.

All passengers and crew on board the two aircraft were safe and will be accommodated on subsequent flights, the statement added.