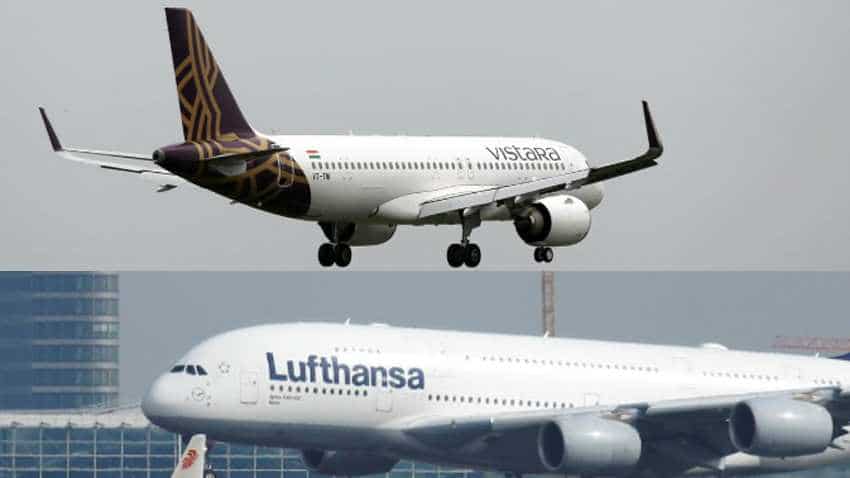 European airline group Lufthansa has entered into comprehensive codeshare agreement with Indian full-service carrier Vistara. The new partnership adds 126 weekly flights to ten key Indian cities. This will be in addition to Lufthansa’s current schedule of 56 weekly international flights to and from the major Indian hubs of Delhi, Mumbai, Bangalore and Chennai with ultra-modern aircraft like the Airbus A350.

It is planned to subsequently add more destinations of Vistara’s network under the umbrella of the codeshare agreement in 2020 and beyond.

How flyers will benefit through Lufthansa-Vistara tie-up?

"At the same time this partnership offers customers from ten key Indian cities like Kolkata, Goa and Pune unlimited access to the Lufthansa Group’s worldwide network, including top-tier destinations in Europe, Canada and the United States. Further, Lufthansa and Vistara are in the final stages on enabling customers being able to earn miles flying Vistara or Lufthansa. Vistara joins Air India as the second Indian airline having a codeshare agreement with Lufthansa," the statement added.

George Ettiyil, Senior Director Sales for the Lufthansa Group Airlines in South Asia emphasizes the strategic importance of taking the existing interline agreement with Vistara to the next level. “This marks Lufthansa’s commitment to offering its Indian customers world-class international travel experiences and will enable them to use their preferred mileage program on codeshare routes. By teaming up with Vistara, we will strengthen and expand our position as the leading and most popular European airline in India – a country all set to become the third-largest aviation market in just a few years’ time.“

Commenting on the momentous partnership between Lufthansa and Vistara, Vinod Kannan, Vistara’s Chief Strategy Officer, says: “This lets inbound travelers experience Vistara - India’s only five-star airline. Our codeshare with Lufthansa is another important step in this direction and helps us widen our customer base outside of India.”