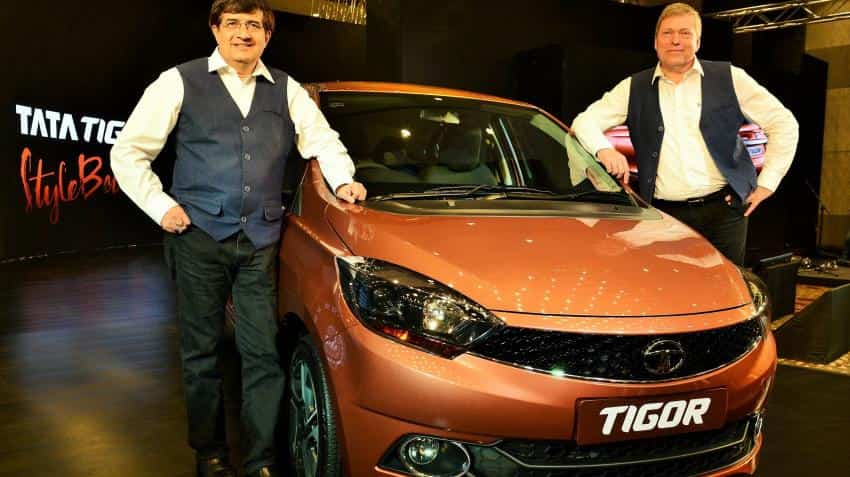 Tata Motors on Wednesday launched its latest car the Tigor at a starting price of Rs 4.70 lakh (ex-showroom Delhi).

The sub-compact sedan is essentially a Tiago with a larger boot as it is based on the platform used by the Tiago.

Tata Motors expects this price advantage to work to its advantage. It had done the same for the launch of Tiago, which had worked well for the car as it is the highest selling model for the company domestically.

This made the Tiago cheaper by Rs 1.65 lakh to Rs 83,000 to its competitors. The strategy worked for Tata Motors as the Tiago now sells over 5,000 units every month.

Tata Motors is definitely hoping that the price advantage will give the Tigor an edge into the market which is dominated by Maruti Suzuki Swift Dzire and the Hyundai Xcent. The Maruti Suzuki Swift Dzire has 58% share in the segment. While the compact sedan segment registers sales of 30,000 units on an average per month, the Dzire accounts for around 17,000-18,000 units per month of this.

In terms of specifications, the Tata Tigor is very similar specifications to the other cars in its segment. It's revotron 1.2L 3-cylinder petrol engine delivers an optimum power of 85ps and a maximum torque of 114Nm. The Maruti Suzuki Swift Dzire with 1.2 litre 4 cylinder engine that dishes out a power of 84.3 BHP. The VW Ameo has a 1.2 litre 3 cyclined engine with lesser power of 75 BHP. Both Honda Amaze and Ford Figo Aspire have higher power engines with 1.2 litre 4 cylinder engine with power of 88BHP. The Hyundai Xcent, on the other hand, has a 1.1 litre 3 cyclinder engine with 72 BHP.