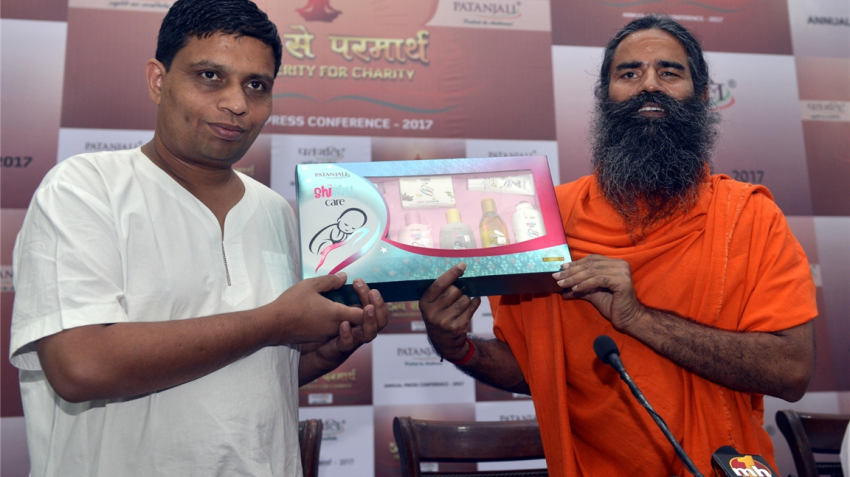 It came as a rude shock to many when they learnt that McDonalds India has discontinued its famous Chicken McGrill that used to be sold for Rs 45.

There was a hue and cry about it on social media sites with people asking the US based fast food chain to bring back the burger with a Chicken patty.

McDonald’s has launched some other variants of its vegetarian burgers along with its flagship burger – McAloo Ticki.

Unlike Americans who largely rely on double cheese burgers and beef patties as fast food ‘must haves’ the Indian palates will have an Aloo (potato) and a paneer (cottage cheese) burger along side a ‘Chicken kebab’ burger.

“About 29% of the total Indian population over the age of 15 years are vegetarians,” a KPMG report said in November 2016.

Yet, international fast food restaurants have been rushing in to make Indians feel at home with their all veg no meat menus.

Now Patanjali Group Industries founder and Yoga Guru, Baba Ramdev said that he will be looking into launching his own fast food vegetarian restaurant chain in India.

“There is nothing tastier and healthier than vegetarian Indian food,” Ramdev said in a report by Times of India on Friday.

Further he added, “When we get these recipes together, all these multinationals serving chicken or mutton will have a hard time countering us."

The Yoga Guru is looking to launch a quick service restaurant (QSR) chain across the country that will offer 400 vegetarian recipes.

The company that has gained turf on Indian soil primarily on the back of its organic products is now aiming for a two-fold jump in sales at over Rs 20,000 crore this fiscal as it plans to double its distribution network to 12,000 across the country.

Ramdev spoke of five new project initiatives of the company which included setting up mega production units at several places, including Noida, Nagpur, and Indore.

Indian dietary customs prevent them from eating cows which is considered holy. That is why the fast food market in India has not picked up. It was estimated to be $2.5 billion in 2013 as per a study done by Technopak and was estimated to reach $8 billion by 2020.

In comparison China’s fast food market was estimated to be $100 billion, a report by Huffington Post said.

In 2014, the Kentucky Fried Chicken (KFC) restaurant chain in India created an ‘All veg’ menu that featured - Paneer Zinger and Veg Twister, in addition to the hot-selling Potato Krisper Burger, Veg Strips, Veg Rockin' Burger and a Veg Rice Bowl

Another American fast food chain, Wendy’s, in 2015 decided to drop beef from its menu. It crafted a new menu for its first outlet in Delhi complete with spinach-and-corn burgers to the standard potato patty burger.

Burger King was also one of the few to start selling veg only burgers and still has its ‘Morning Veggie Burger’ which came with a vegetarian slider.

Domino’s launched its Paneer Zinngy pizza variant while just last year it launched its combination of Burger and Pizza – BurgerPizza in two vegetarian and non-vegetarian variants.

Pizza Hut with its own innovation of Biryani and Pizza launched - Birizza in 2015. This was available in cottage cheese and chicken flavours.