We had also revealed the family and business links between Gupta Brothers and Murari Lal Jalan. These are the same Gupta brothers against whom many cases of corruption, bribery are going on in South Africa, and any business deal with them is banned in the United States 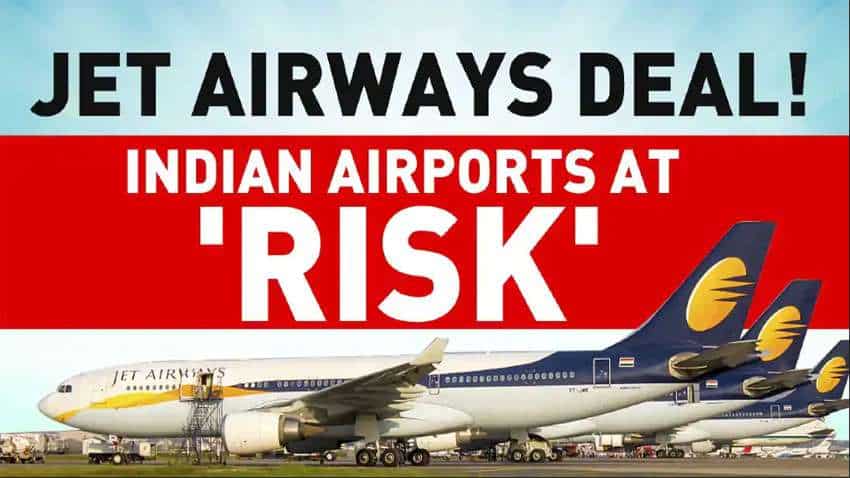 As part of this investigative series, we had earlier revealed how the Gupta brothers of South Africa are secretly preparing to purchase India's Jet Airways with the help of Murari Lal Jalan
Edited By: ZeeBiz WebTeam
RELATED NEWS

New Delhi: The grounded Jet Airways aircraft are expected to fly again. But this is possible only if the bidder gets the approval from National Company Law Tribunal (NCLT). Jalan-KalRock Consortium, a company of Murari Lal Jalan, has submitted a resolution plan to the Committee of Creditors (CoC) to takeover Jet Airways. The CoC has also approved it. Now the matter is with NCLT.

Zee News revealed, on the basis of the documents accessed, that Murari Lal Jalan is being backed by the infamous Gupta Brothers of South Africa, who are accused of fraud and corruption there. The Gupta brothers have fled South Africa and are reportedly in Tashkent, Uzbekistan, while their family is in Dubai. Zee News also has documents to prove the family and business links between the Jalan family and the Gupta family.

Following the revelations of Zee News, the Directorate General of Civil Aviation (DGCA) filed an affidavit in the NCLT in the Jet Airways case. This affidavit states that even if a resolution plan is approved by NCLT to purchase Jet Airways, it will not be considered complete until it gets security clearance from the Government of India.

Jalan-Gupta brothers in fix as DGCA steps in
Murari Lal Jalan and the Gupta Brothers may have stepped up efforts to buy Jet Airways, but the Ministry of Civil Aviation and DGCA have recently filed an affidavit at the NCLT in Mumbai. According to this, it will not be easy to get slots for Jet Airways, rights to fly on routes and revive its old clearances.

A 'slot' dictates the fixed route and the time of flight on which the airline flies from one place to another. But the Ministry of Aviation and DGCA has made it clear that the slot of an airline is not its personal property. In an affidavit filed in the NCLT Tribunal of Companies Act, the DGCA also requested that the tribunal should not issue any order for the DGCA that puts an obligation on it to allocate slot to Jet Airways. 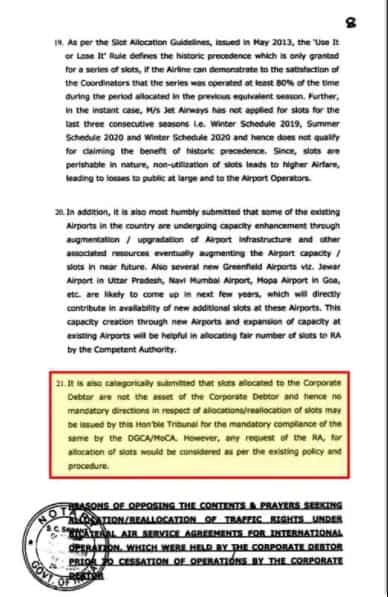 According to the aviation ministry, airlines are given route and time under the slot sharing guidelines issued in May 2013. In this, 'Use it or lose it' rule is applicable. It means that if the airline does not use the slot, it will lose the rights over the slot.

In its affidavit filed in the NCLT, the aviation Ministry and DGCA have opposed the return of Jet Airways' right to international flights and clearly stated that international traffic rights are also not the property of any airline. 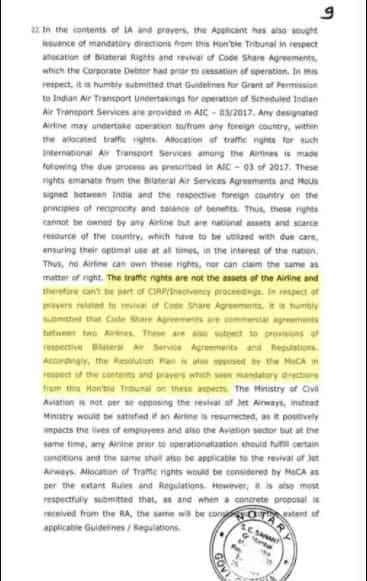 Conditions to get Air operator Certificate

The DGCA has also rejected Jet Airways' demand to restore all the old clearances. The DGCA said that its priority is the safety of air flights, which are set according to the rules of the International Civil Aviation Organization, Aircraft Act 1934 and Air Safety Rules 1937. In such a case, the NCLT should not issue any directive on it.

It is further written in the affidavit that Air Operator Certificate is necessary for 'Schedule Air transport Service'. The government has set the guidelines for it. The most important thing in this rule is that the ownership and control of the airline should remain in the hands of the people. The second important condition is that the security clearance of the people on all important positions of the airline should be approved by the central government. This security clearance is given by the Ministry of Civil Aviation on the basis of information received from the Ministry of Home Affairs. The third condition is that the rules of foreign investment for India's aviation sector must be followed, while according to the fourth condition, it is necessary to provide proof that the financial condition of the operator is good. If any one of these four conditions is not followed, then the government will not give the approval for starting the service i.e. Air Operator Certificate to that airline. 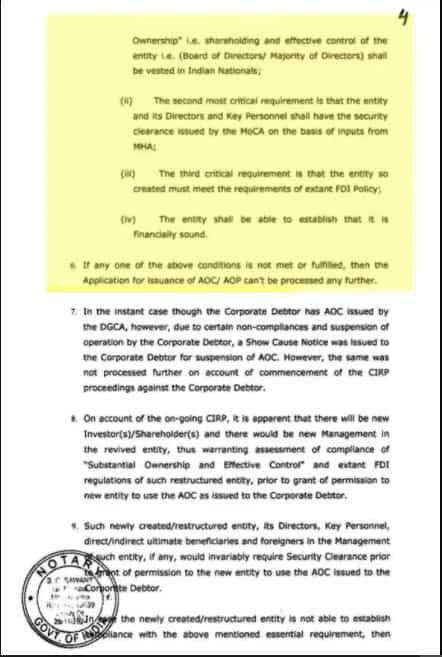 DGCA further wrote in the affidavit that since Jet Airways is in the process of insolvency, new investors and shareholders of the new company are expected to join. This means the new management will also come. In such a situation, before the new management is given ownership and effective control, they will have to live up to all the conditions of the government. Adherence to the rules of foreign investment will also be checked. Only then can the Air Operator Certificate be given. Not only this, as per the process of insolvency, security clearance will be required for the new company taking over Jet Airways, its directors, the people in its key positions, its direct and indirect beneficiaries and the foreigners in management. 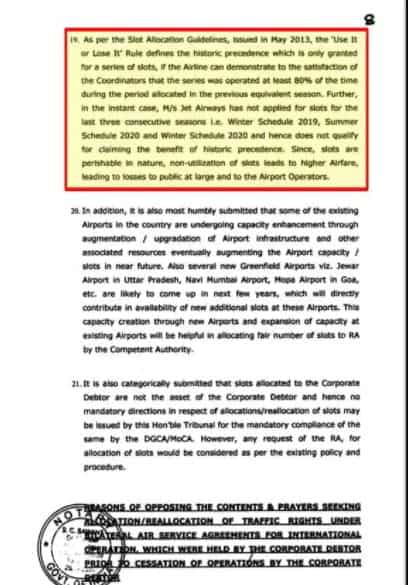 According to the affidavit, if any one of these conditions is not followed, then despite the resolution plan is approved, the airline will not be able to get the Air Operator Certificate from the government. That is, the airline's service will not start. 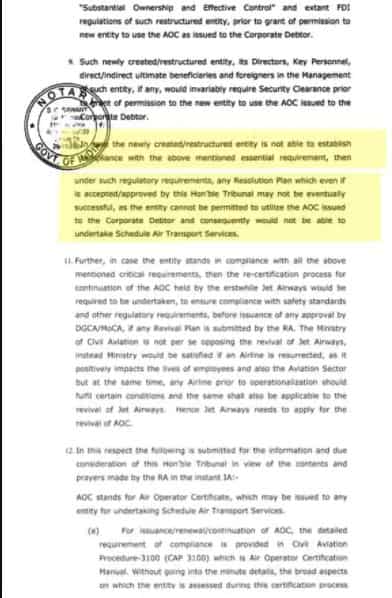 Thus, the question arises whether Murari Lal Jalan will be able to get security clearance from the government? It is clear in the affidavit that security clearance will be necessary for whoever is the real beneficiary of the Jet Airways deal in any way, direct or direct. While the Gupta Brothers are banned from doing business with any person or company in America, in South Africa, a judicial commission has been formed to investigate corruption allegations on them.