Will attractive deals on data packs save telecoms from disheartening Q3 results? 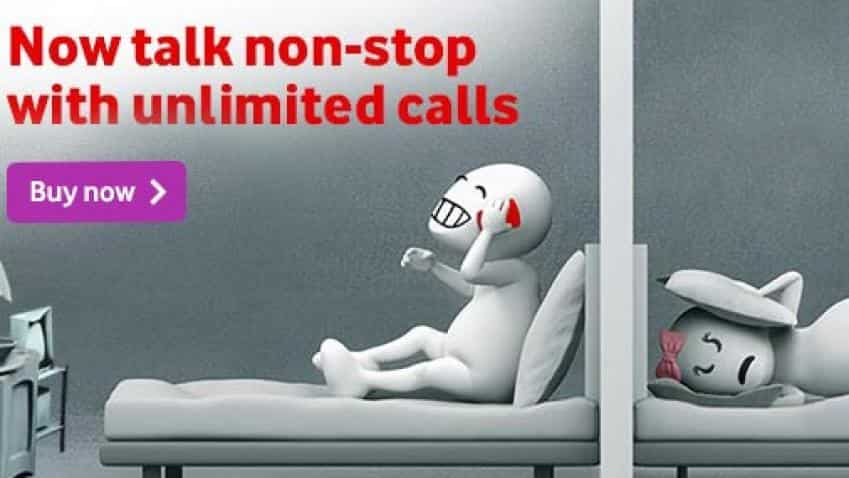 Back in November, soon after the announcement analysts from ICRA predicted that demonetisation would impact the revenues of telecom players by around 3-5% in Q3 and Q4. Image Source: Vodafone official website
RELATED NEWS

The telecom sector could be expecting anything from a close call to a mixed bag as it gets ready to declare its third quarter (Q3) results on account of demonetisation and extension of Reliance Jio (RJio)’s free data pack with the ‘Happy New Year’ offer.

“Though telcos were allowed to accept old Rs 500 notes (from November 25 to December 15), we believe the revenue recognition of this would be in Q4FY17 and likely limited,” Sanjesh Jain, research analyst at ICICI Securities said in a report dated January 4.

When the government announced the note ban move, to curb black money usage, it created a massive cash crunch in the society which would way on cash-driven mobile recharges and analysts were predicting temporary fall in new customer acquisitions on both post-paid and prepaid platforms.

Back in November, soon after the announcement analysts from ICRA predicted that demonetisation would impact the revenues of telecom players by around 3-5% in Q3 and Q4.

However, two months post the demonetisation decision the consensus has been moved to ‘a mixed bag’ of quarterly financial results by this sector.

Religare analysts, Rumit Dugar and Saumya Shrivastava, in a report dated January 3 estimated that Bharti and Idea may report 5.8% and 4.7% YoY growth respectively in wireless revenues for Q3FY17.

Jain added, “Tata Communications’ (TCom) core business EBITDA likely at Rs 7.9 crore, up 19% YoY, albeit on a favourable base.”

In December many telecoms fought to keep intact their customer base with attractive discounts after RJio extended its free calling scheme till March.

Airtel and Vodafone in early December launched almost identical schemes offering free calls and limited mobile Internet use priced at around Rs 150 and Rs 350 with 28 days validity, in their attempt to match the free 4G service from Reliance Jio.

While Tata Docomo and BSNL launched unlimited local and STD calling over Rs 148 and Rs 99 respectively for its prepaid customers.

“Q3 is typically a seasonally strong quarter for voice traffic (MOU) and the subscriber addition data has been robust (likely price-led),”analysts from Religare said in a report dated January 3.

The expectation for Airtel and Idea’s quarterly financial has improved significantly since analysts’ outlook at the end of November when they were expecting a ‘5-7%’ decline in revenues.

However, voice average revenue per users (ARPUs) stand to be troublesome in telecoms.

“…mobile revenues to decline nearly 6% QoQ each for Bharti/Idea in Q3FY17 led by drop in both voice and data services revenue,” Jain said.

Further Jain added, “However, we believe data business would bounce back ones RJio ends its free services; hence the impact is transitory albeit painful.”